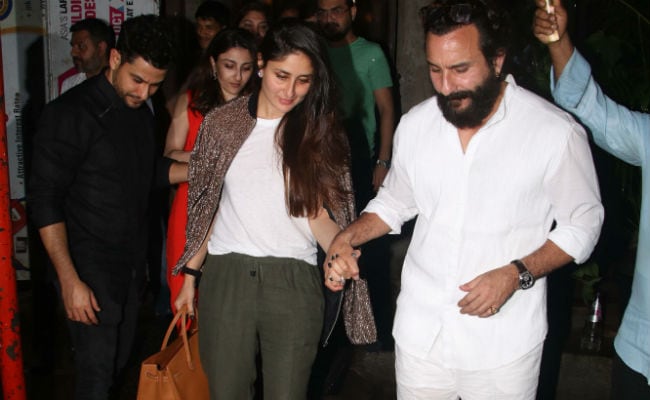 Kareena Kapoor and her husband Saif Ali Khan went on a double date with the actor's sister Soha Ali Khan and her husband Kunal Kemmu on Wednesday night. The couples were photographed exiting a suburban Mumbai restaurant minus their children Taimur and Inaaya Naumi. Kareena Kapoor was dressed in olive linen pants and a white top (she added bling to her look with a jazzy jacket) while Soha looked chic in a solid red dress. Kunal and Saif were perfect gentlemen helping Kareena and Soha navigate their way through the paparazzi. Take a look at the pictures from their double date: 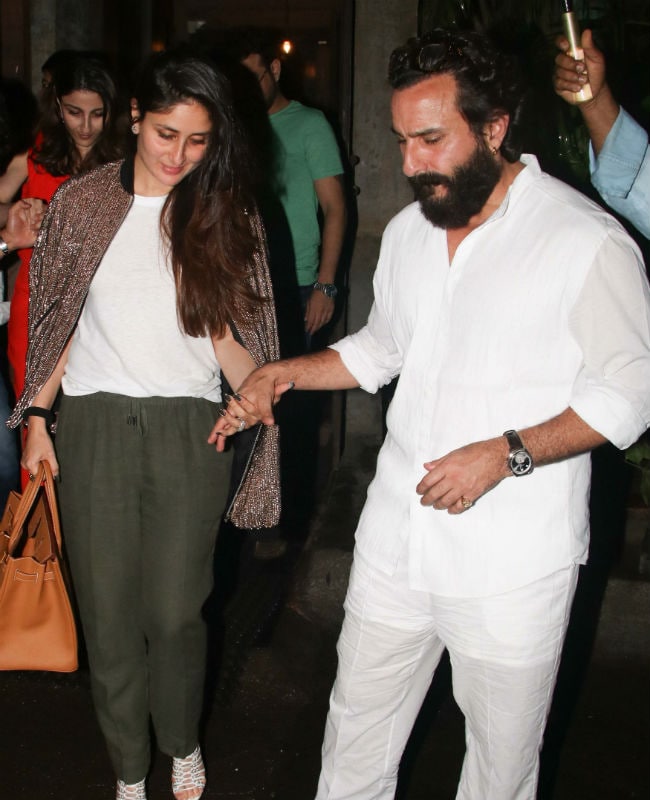 Saif and Kareena photographed in Mumbai 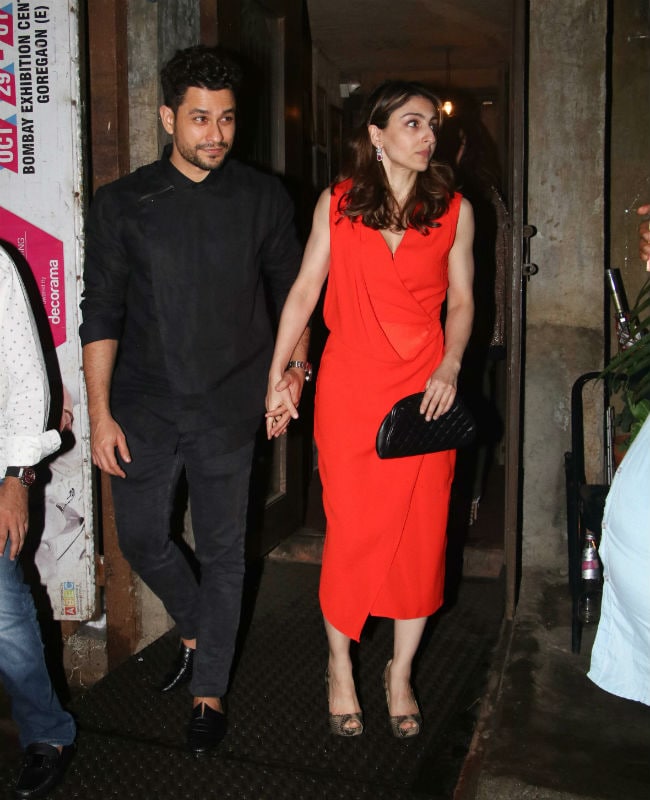 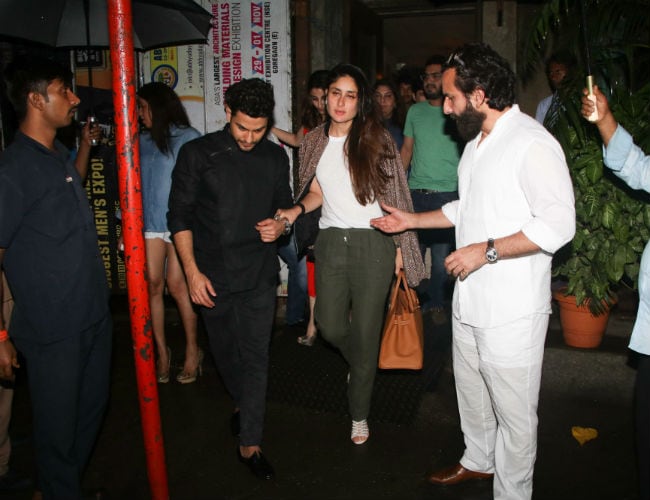 Saif and Kunal with Kareena Kapoor

Meanwhile, Karan Johar's Dharma Productions on Thursday confirmed the casting of Kareena Kapoor in upcoming film Good News. Akshay Kumar, Diljit Dosanjh and Kiara Advani will be her co-stars in the film, which is aiming for July 2019 release. During the promotions of her last film Veere Di Wedding, Kareena Kapoor said that she will make one film in a year to spend maximum time with her son. Kareena also added that she and Saif will divide their work calendar in a way that at least one of them is with Taimur.

Saif Ali Khan, who was recently seen in Netflix's Sacred Games, is looking forward to the release of Baazaar. Saif Ali Khan hasn't announced his next project yet. However, it has been reported that the actor will reprise the role of Sartaj Singh in the subsequent seasons of Sacred Games, which is based on Vikram Chandra's novel of the same name.