Taimur Ali Khan, Dressed For Summer, Appears For The Cameras With Cousin Inaaya And Family

Saif Ali Khan and his family made a rare appearance for the paparazzi at Soha's rooftop. Yes, Tamiur and Inaaya were there 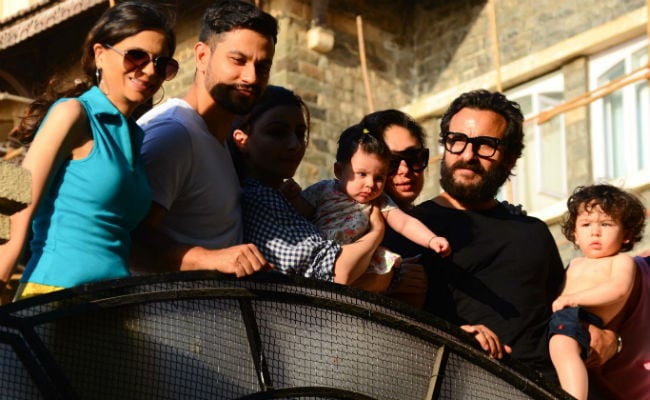 Saif Ali Khan and his family At Soha's Mumbai home.

New Delhi: Waving to fans and paparazzi is more of a Shah Rukh Khan (or even Salman Khan) thing but on Monday it was the Pataudis and Kemmus who stole the show. Saif Ali Khan along with his sisters Soha and Saba, wife Kareena Kapoor, brother-in-law Kunal Kemmu, son Taimur and niece Inaaya made a rare appearance on the rooftop of Soha and Kunal's Mumbai home. Saif held Taimur, looking uber-cute in shorts and without a tee, as they all smiled for the shutterbugs. Amrita Arora, one of Kareena's closest friends, also joined the family.

Take a look at pictures from Pataudis and Kemmus' rendezvous with the paparazzi. 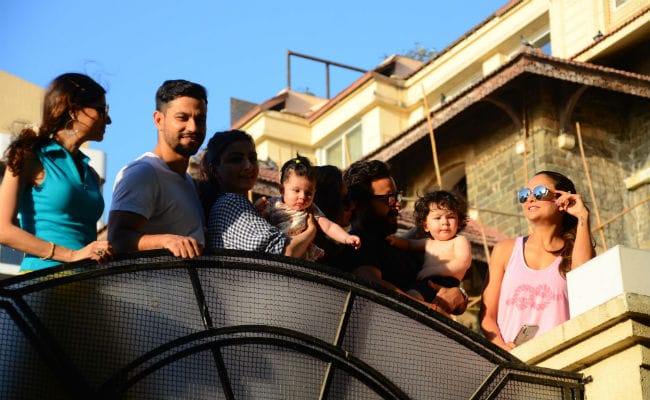 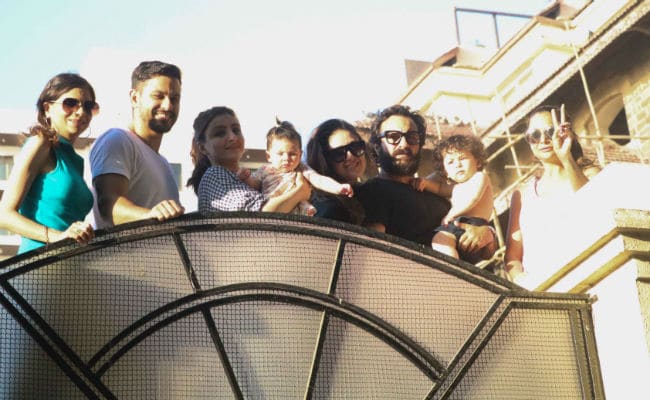 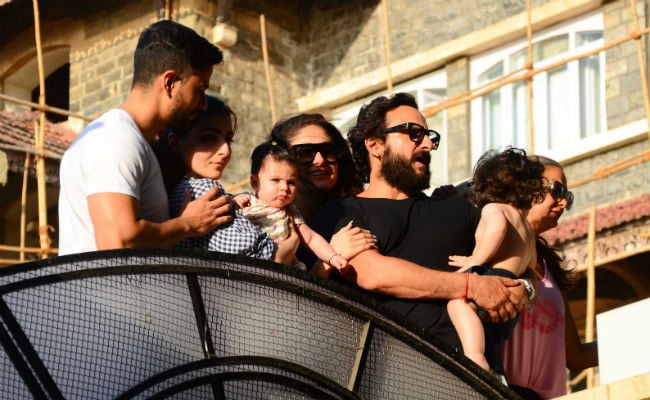