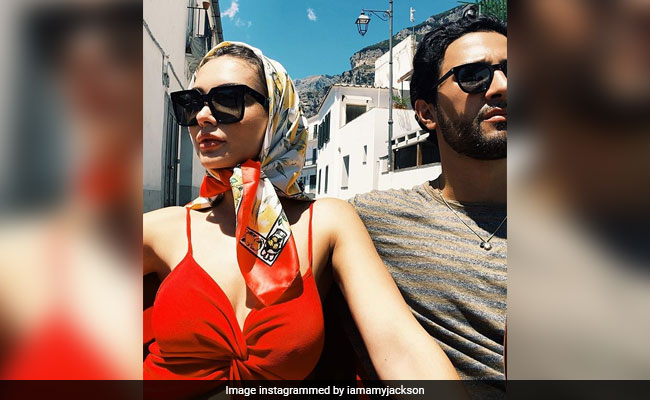 Amy Jackson, who is known for her performance in the 2015 film Singh Is Bliing, occupied a spot on the list of trends on Tuesday, courtesy her pictures from her Italy vacation. The actress, who has been sharing stunning postcard-worthy pictures from her getaway with fiance George Panayiotou on Instagram, added a new set of photos and videos on Tuesday and we bet it will make you green with envy. The album shows Amy Jackson and George Panayiotou enjoying the scenic beauty of Capri while driving around the island. The actress looks gorgeous in a red top and floral-print trousers.

Earlier on Tuesday, Amy shared pictures from the hotel where the couple have been staying in Italy. She can be seen sporting a white dress in the pictures. Take a look:

Meanwhile, also check out other pictures from Amy Jackson's vacation:

It was all a dream

In terms of work, Amy Jackson made her acting debut with 2010 Tamil movie Madrasapattinam and went on to feature in several Telugu and Kannada projects such as Yevadu (which also starred Ram Charan and Shruti Haasan) and The Villain (which starred Kichcha Sudeep in the lead role). Singh Is Bliing and Ekk Deewana Tha are some of the Bollywood movies that the actress has starred in. Amy was last seen in 2.0, co-starring Rajinikanth and Akshay Kumar, with whom she's shared screen space before in Singh Is Bliing. Amy Jackson has not announced her next project yet.