Pics: Anita Hassanandani Is Living The Life Of A Yash Raj Heroine Without Being One 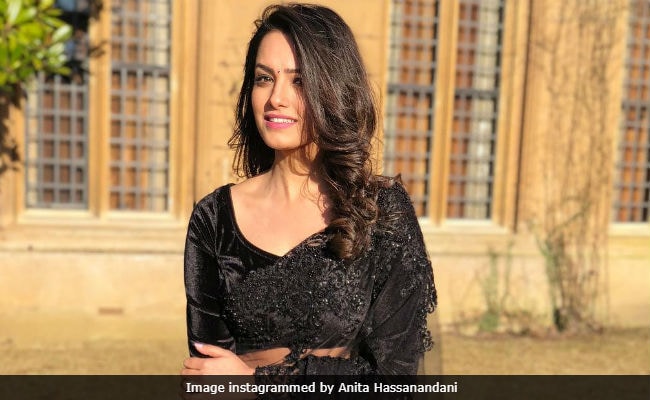 New Delhi: Actress Anita Hassanandani is "living her YRF dream" on the sets of television show Yeh Hai Mohabbatein , which is currently being shot in London. Anita posted a picture of herself dressed in a black saree and said: "Living my #YRF dream via #YHM. Saree in one degree Celsius." Anita lived a day in the life of a quintessential YRF heroine, who typically romances her hero in freezing temperatures wearing colourful sarees. The team of Yeh Hai Mohabbatein , including lead actress Divyanka Tripathi, Krishna Bhatacharya, Aly Goni and producer Ekta Kapoor, are filming for the show's upcoming track in London. Apart from the show, shopping is keeping Anita Hassanandani busy. She told news agency IANS: "I'm missing my husband too much! I've spent my time shooting and shopping here in London."

Take a look at the cast of Yeh Hai Mohabbatein chilling in London.

LondonDiaries! With this cutie @ektaravikapoor

This is the third foreign location shoot for the cast of Yeh Hai Mohabbatein. They've previously shot in Australia and Bulgaria. But some primary members of the current track of Yeh Hai Mohabbatein were missing from the sets. Karan Patel, who plays Divyanka's onscreen husband Raman and Shireen Mirza, who plays the antagonist Simran are apparently not in London.

In the current track of the show, Simran is hell-bent to ruin Ishita's (Divyanka Tripathi) life whom she blames for her daughter's death. Simran is merciless and is willing to harm her brother Raman to defeat Ishita.
Comments
anita hassanandaniyeh hai mohabbatein