Phone Bhoot to release on October 7 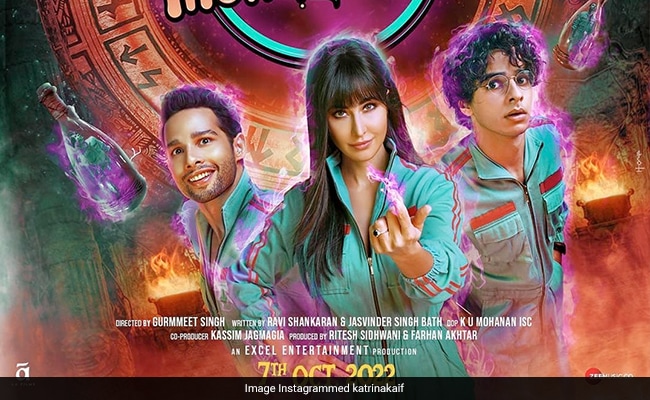 As promised, the makers have announced the release date of Phone Bhoot, starring Katrina Kaif, Siddhant Chaturvedi and Ishaan Khatter, along with a quirky poster. Sharing the official poster, Katrina Kaif captioned it as "#PhoneBhoot ki duniya mein aapka swagat hai. Arriving on 7th Oct, 2022 at cinemas near you. " In the poster, we can see Katrina, Siddhant and Ishaan in the matching outfits, while in the background, a number of ghosts can be seen. The poster also features Jackie Shroff in a black outfit. A text on the poster read, "Ek Bhayaanak Comedy". Helmed by Gurmeet Singh, the horror-comedy will release on October 7 this year.

Soon after  Katrina Kaif shared the post, her husband, Vicky Kaushal, dropped ghost and heart emoticons in the comment section.

Ishaan Khatter also shared the poster on his Instagram handle and revealed his character's name. He wrote, "#PhoneBhoot ki duniya mein aapka swagat hai! Arriving on 7th Oct, 2022 in Cinemas near you! Meet my quirkiest character yet, Gullu - try to guess his full name."

On Monday, Siddhant Chaturvedi shared a video on his Instagram stories featuring Katrina Kaif and Ishaan Khatter. He captioned the post as "Mere phone bhooties," followed by a ghost emoticon. 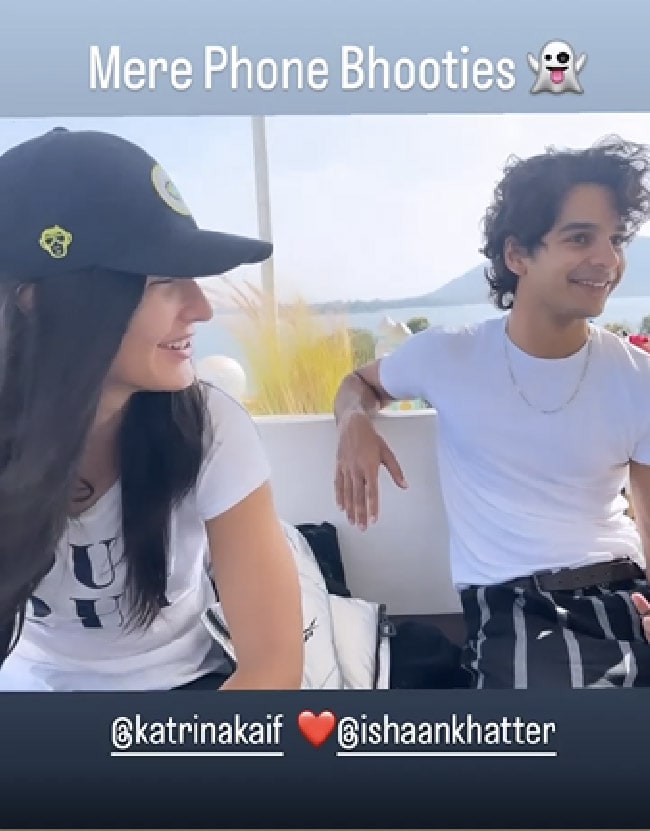 Meanwhile, on the work front, Katrina Kaif also has Tiger 3 with Salman Khan and Merry Christmas with Vijay Sethupathi. On the other hand, Ishaan Khatter and Siddhant Chaturvedi were last seen in the films Khaali Peeli and Gehraiyaan, respectively.