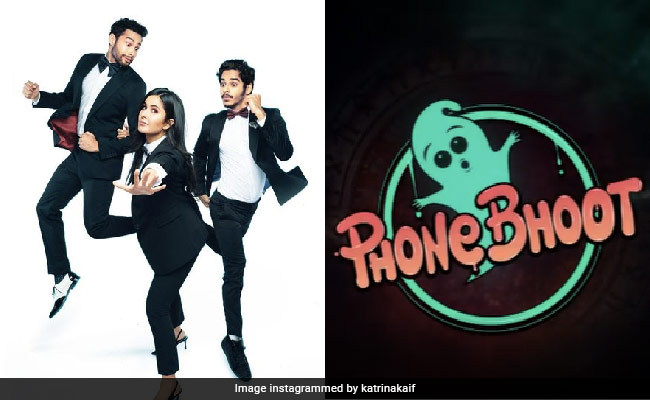 Katrina Kaif has unveiled the teaser of her upcoming movie Phone Bhoot with Siddhant Chaturvedi and Ishaan Khatter. The actress shared a funny video on her Instagram handle and captioned it as "EkBhayanak comedy incoming. Stay tuned. #PhoneBhoot," followed by phone and ghost emoticons. Helmed by Gurmeet Singh, the teaser stated that the makers would announce the release date of the film tomorrow (June 28) at 11 am. Earlier, the film was scheduled to release last year. It will be the first time the trio will be seen sharing the screen space. Check out the teaser below:

The horror-comedy is produced by Farhan Akhtar and Ritesh Sidhwani's Excel Entertainment, while it is written by Ravi Shankaran and Jasvinder Singh Bath.

Earlier, Katrina Kaif shared the fun pictures from their photo shoot and captioned it as "The one stop shop for all bhoot related problems".

She captioned another post as "Gang". In the pictures, Katrina Kaif, Siddhant Chaturvedi and Ishaan Khatter are seen having fun with producer Ritesh Sidhwani. Check out the post below: