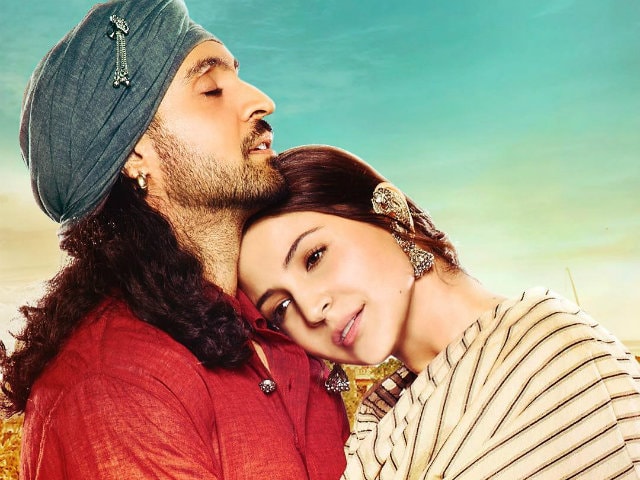 Phillauri Box Office: Anushka Sharma in a poster of the film

New Delhi: It appears that Punjabi actor-singer Diljit Dosanjh is turning out to be the star attraction of Phillauri, which continues to rule the theatres in North India. Anushka Sharma's Phillauri, in which she stars and produces, has made a sum of Rs 15.25 crores in three days, reported trade analyst Taran Adarsh. Phillauri, which opened to theatres on March 24, has collected the highest box office score on Sunday with a single-day figure of Rs 6.03 crore, said Mr Adarsh. "Phillauri witnessed constant growth over the weekend. Performance in North India was the best due to Diljit Dosanjh's star power," Mr Adarsh tweeted on Monday.

He also provided a day-wide break-up of Phillauri's collection figures:

#Phillauri witnessed constant growth over the weekend... Performance in North India was the best due to Diljit Dosanjh's star power...

Promoted
Listen to the latest songs, only on JioSaavn.com
Meanwhile, Phillauri is Anushka's second film as a producer after 2015's NH10 and also her first stint at playing a ghost. Anushka's role as a ghost bride, named Shashi in Phillauri, has been widely loved by her colleague and fans alike. Shah Rukh Khan, with whom Anushka made her Bollywood debut in Rab Ne Bana Di Jodi, said: "Phillauri, the attempt at doing what you believe in." Actress Alia Bhatt said Anushka is 'an inspiration': "Phillauri is such a lovely unique film! With such honest performances from the whole cast! Anushka Sharma you are such an inspiration."