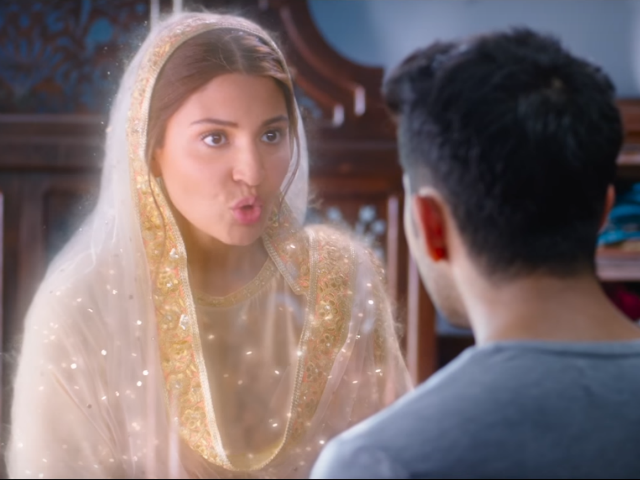 A still from Phillauri trailer

Phillauri also features Diljit Dosanjh and Suraj Sharma in lead roles. In the film, Suraj Sharma, who portrays the role of an NRI, gets married to a tree as he is a 'maanglik'. However, a ghost stuck in the tree (Anushka), begins to haunt him. In an earlier statement to IANS, Fox Star Studios said: "Phillauri, which was made on a budget of Rs 21 crore, made a pre-release business of Rs 12 crore from its satellite and music rights."

"Phillauri is a high concept film with a big heart and we are happy with the start that it has had on day one. The film has good word of mouth and it will grow today. It is a fun, family entertainer and a perfect weekend watch for audiences across all age-groups," Producers Vijay Singh, CEO, Fox Star Studios and Karnesh Sharma of Clean Slate Films said in a statement to PTI.

Promoted
Listen to the latest songs, only on JioSaavn.com
Phillauri marks Anshai Lal's debut as a director. A special screening of the film was organized for Bollywood on Wednesday. Stars like Shah Rukh Khan, Alia, Sidharth Malhotra attended the screening and were all praises for the Sultan actress.

Phillauri clashed at the box office with Swara Bhaskar's Anaarkali of Aarah and Hollywood film Chip.