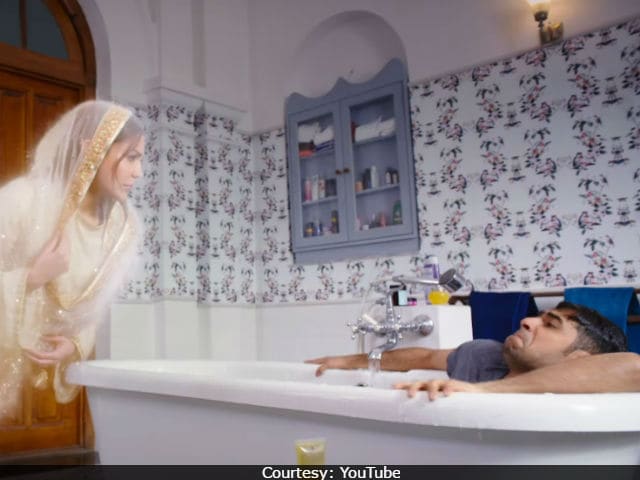 New Delhi: The Central Board Of Film Certification is admittedly easily offended but did it really order a scene allegedly featuring the Hanuman Chalisa edited in Anushka Sharma's new film Phillauri? Ahead of the release of the film, DNA reported that the Censor Board demanded that the recital of the Hanuman Chalisa by the character played by actor Suraj Sharma be muted. In the film, Anushka plays a ghost who haunts Suraj and the alleged cut was ordered on the basis that reciting the Hanuman Chalisa gets rid of ghosts (which it emphatically doesn't do in the film) and therefore Phillauri 'hurts religious sentiments,' reported DNA. Asked, Anushka's team told NDTV, "Watch the film and you will know" - so we did and Phillauri, a satire of superstition and the supernatural, does have a scene in which a mantra is chanted.

Anushka Sharma's publicist told NDTV that the reports were "baseless rumours." Chief censor Pahlaj Nihalani told Indian Express, "This is not true. I don't want to comment on it. You can talk to producers about it. Whatever they say is right."

Anushka, who also produces Phillauri, stars as Shashi who becomes a ghost when she dies. One fine day, she finds herself married to an NRI named Kanan - Suraj's character - who is maanglik and is being wedded to a tree before marrying his real bride. Turns out, the tree is Shashi's home and she trails around her reluctant and terrified groom. In the scene referred to in DNA's report, Shashi sneaks up on Kanan causing him to fall backwards into a bathtub and begin nervously chanting to ward her off.

Promoted
Listen to the latest songs, only on JioSaavn.com
Parts of the bathtub scene, minus the chanted mantra, feature in the trailer of the film.

Phillauri is Anushka Sharma's second film as producer after NH10 and is directed by Anshai Lal. Diljit Dosanjh co-stars as a folk singer who was Shashi's love interest before she died.