Parineeti Chopra Says 'I Can Even Kill For Arjun Kapoor' 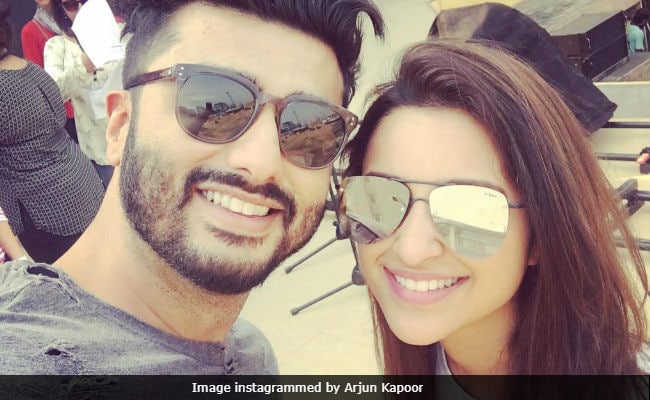 New Delhi: Arjun Kapoor is on Parineet Chopra's list of closest friends in Bollywood and the duo are returning to share screen space in two back-to-back movies. Parineeti and Arjun are currently busy filming Sandeep Aur Pinky Faraar while their next movie Namastey Canada will go on floors on the work-in-progress project is wrapped. We have seen their amazing on screen chemistry in 2012's Ishaqzaade (which was Arjun's debut movie and Parineeti's second film), and now, here's what Parineeti has to say about their rapport in real life. "My relationship with Arjun is such that I can kick him and tell him, 'Just shut up and behave yourself'. He can do the same with me as well. That's because we share a very special bond," DNA quoted Parineeti as saying.

Parineeti said she bonded with Arjun when both of them were at crucial turning points of their lives - Arjun was shooting for his first film, while Parineeti was waiting for her maiden Bollywood film Ladies vs Ricky Bahl to release. Here's what Parineeti told DNA about her "special bond" with Arjun: "If anybody says anything negative about him, I'm there in the front row, fighting for him and defending him. I can even kill for him. I can't hear anyone saying anything bad about Arjun because I have this undying love for Arjun."

In last year October, Arjun predicted that he'll be romantically linked to Parineeti because they have two upcoming films together: "So next year, I am going to be linked-up only with Parineeti because I would be working only with her," he had told PTI. But Parineeti appeared rather elated that she's got to be in two more projects with Arjun: "More than me, Arjun should be happy as he will get to spend almost a year with me since we are shooting for two back-to-back movies. I am very excited and looking forward to both the films as he is one of my closest friends in the film industry. I am happy he is my co-star," she told IANS.

Sandeep Aur Pinky Faraar a man and a woman who can't stand each other but can't survive without each other," like Parineeti described it once. Directed by Dibakar Banerjee, the Parineeti and Arjun's new film releases on August 18.
Comments
parineeti chopraarjun kapoor