Pal Pal Dil Ke Paas Movie Review: First-timer Karan Deol is no patch on his grandfather or his father in terms of physique and machismo. 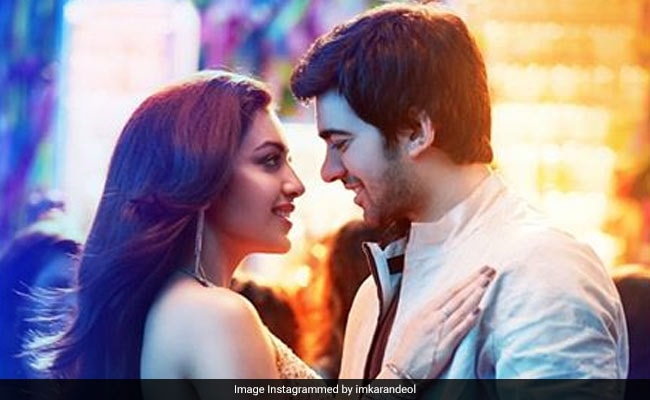 A major chunk of Pal Pal Dil Ke Paas, Sunny Deol's launch pad for his son, plays out in the mountains in and around Manali, where the hero runs a high-altitude trekking camp for wealthy adventure seekers. But neither the vehicle nor the new star aspirant has the legs to sprint, get off the ground and attain the heights to match the location. Pal Pal Dil Ke Paas hovers at a level that is several notches lower than even middling.

First-timer Karan Deol - he is no patch on his grandfather or his father in terms of physique and machismo although, like them, he is a hesitant dancer - isn't ready yet to deliver something akin to a Betaab. The actor's dialogue delivery is tentative and as dry as dust. The fact that he is in a film hamstrung by the lack of a genuinely engaging storyline does not help his cause one bit. 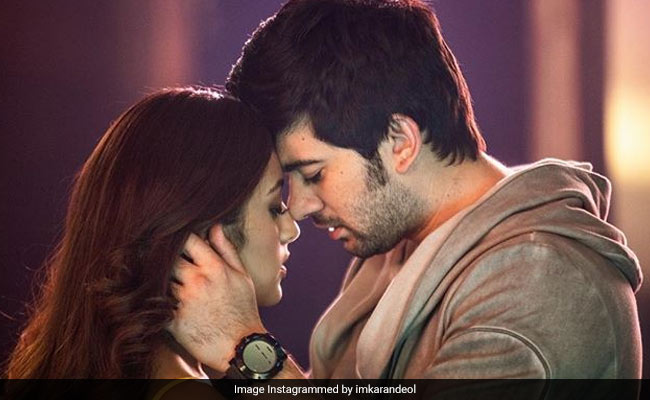 Pal Pal Dil Ke Paas, the title of which has been derived from a song in the 1973 Dharmendra's Blackmail, introduces two other actors - leading lady Sahher Bambba (who was reportedly hired for the part after 400 girls were auditioned) and Akash Ahuja, who plays the heroine's dumped and very angry boyfriend - but neither of the two are able to dish out anything that could be regarded as out of the ordinary. But why blame the three newcomers when the film itself is such a crashing bore?

Notwithstanding the beautiful locations and the steady camerawork, the film is so insipid that it stands no chance of creeping up on anybody's dil and staying there. It makes rough weather of the simplest of love story conventions. The plot can be summed up in three sentences. Temperamental girl meets taciturn boy in the wilderness and, after the initial fireworks, the two inevitably develop feelings for each other. The girl returns to the big city and promptly breaks up with her boyfriend. The jilted lover, who is a politician's son averse to being slighted, goes all out to scuttle the new relationship. The rest of the film is... well, there is no rest of the film - this is all there is to Pal Pal Dil Ke Paas. 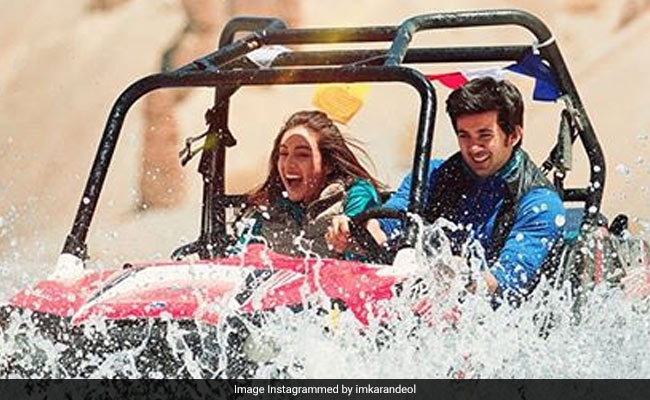 In the film's opening sequence itself, we learn why the male protagonist, Karan Sehgal, is a loner. The guy is an orphan. His mother, a photographer whose biggest ambition was to sight a snow leopard and capture the animal through the lens of her camera, died in an avalanche when he was only ten years old. He is now a past master at taming the elements and makes a living by guiding trekkers around the very mountains where his mom and dad were killed.

Karan's business brings him into contact with a hard-to-please travel video blogger, Saher Sethi (Sahher Bambba), who cannot quite comprehend why one trek should cost a tourist all of half a million of rupees. She lands up at the camp with the intention of exposing what she believes is a rip-off. But the treacherous trip that she undertakes with Karan across the mountains changes her forever.

Not only does Saher give the camp a positive review, she also begins a long-distance affair with Karan. But that development is by no means meant to catch the audience unawares. When the two youngsters part ways just before the intermission, the girl thanks the boy profusely for "the most exciting week of her life". So, you won't demand a refund, Karan asks in jest. Let us see, Saher responds before heading back to her large joint family in Delhi.

Karan is a young man who has learnt to be at peace with his own company. Saher, on the other hand, is always surrounded by friends and family. By his own admission, Karan is attachment-phobic. She, on her part, is highly opinionated and not particularly easygoing. Unlike poles attract each other and love blossoms. But do not expect Pal Pal Dil Ke Paas to achieve any degree of depth and come up with a psychological exploration of two unlike minds. Indeed, this film has nothing to offer by way of surprises.

Two veteran actors, Sachin Khedekar and Simone Singh, cast as the father and mother of the heroine, do their best to inject some gravitas into the film. But since they are only fringe players, it is left to the young lead pair to lend heft to the proceedings. That is a tall ask for actors who clearly have miles to go and are struggling to find their feet in a bland film that is too hollow at the core to make amends for the failings of the principal cast members.

Pal Pal Dil Ke Paas lacks the freshness that one would expect from a film with a new romantic pair. The reason is obvious: the plot is as old, but not as sturdy, as the hills.