Karan Deol will make his Bollywood debut in Pal Pal Dil Ke Paas, which is directed by Sunny Deol. 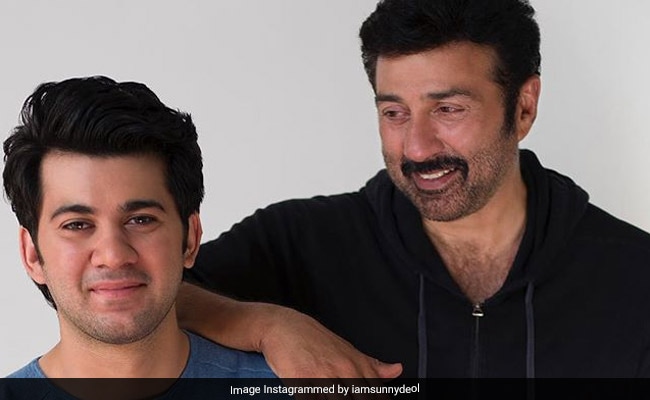 Actor in waiting Karan Deol says his grandfather Dharmendra was 'nervous' about his Bollywood debut but he 'eased to the idea gradually,' reports Mumbai Mirror. Karan Deol said that he first told his actor father Sunny Deol about wanting to become an actor and the idea was then presented before Dharmendra. Speaking to Mumbai Mirror, Karan Deol said, "Dad said we have to tell my grandfather as he is the boss in the house. When I did, he promised his support but cautioned me about the competition, asserting that I had to be mentally and emotionally strong... My grandfather was nervous for me, but gradually everyone eased into the idea."

Meanwhile, Sunny Deol is directing Karan in his debut film, titled Pal Pal Dil Ke Paas. Speaking about directing his son, Sunny Deol earlier told news agency PTI, "My father did not direct me. It is a 'huge task' since it is Karan's first film. I want to give my best to it. I am a bit conscious as I am launching him." He also said that he didn't give any advice to Karan. "I don't give him any advice. He has to be honest to his profession and craft of acting, work hard and enjoy what he does," he added.

Apart from Karan Deol, Sahher Bambba makes his Bollywood debut in Pal Pal Dil Ke Paas. The film borrows its title from the title of a song from Dharmendra's 1973 film Blackmail.