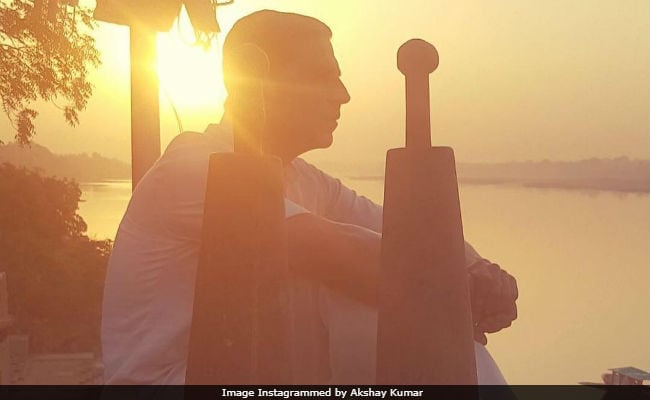 New Delhi: Akshay Kumar whose PadMan was average in the first two weekends is building high hopes of the coming one, and wants the film to just 'hang in there'. Akshay posted a still from the film on Instagram and wrote, "Better days are coming...they are called Saturday and Sunday #HangInThere #WednesdayWisdom." PadMan, which has raked in 74.65 crore, so far, witnessed a good trend at the box office in the first weekend, reported trade analyst Taran Adarsh. "PadMan showed good trending over the weekend... Starting on ordinary levels, the momentum over the weekend helped put up a credible total... Word of mouth is strong... Weekdays are crucial... Friday 10.26 crore, Saturday 13.68 crore, Sunday 16.11 crore. Total: Rs 40.05 cr. India biz," Mr Adarsh wrote in his tweet.

Akshay Kumar, who is now being hailed as the flagbearer of social awareness through his films, such PadMan and Toilet: Ek Prem Katha, had told IANS that earlier didn't even have enough money to make them, reported IANS.

Akshay, who wanted to create an impact on the society with his films believes that 'entertainment is the best way to influence people. "People are more interested in films, what people see in films is more impactful, and they can understand that way. They don't want to watch documentaries or listen to politicians. If actors go and speak to them, they are only interested in seeing the actors; they'll see them and forget what the speech was about. We tried that with Toilet: Ek Prem Katha, the Swatch Bharat Abhiyan, people go to villages, play the movie, people watch it and pick up things from it. Entertainment is the best way to influence people, people pick up a lot from films, and they think by doing what the hero does, they can become heroes too; they can bring down the bad guys," Indian Express quoted him as saying.

PadMan is a biopic, based on the life and struggle of social entrepreneur Arunachalam Muruganantham, who invented the low-cost sanitary pad-making machine. Akshay plays him in the film.

Promoted
Listen to the latest songs, only on JioSaavn.com
PadMan is produced by Akshay's wife Twinkle Khanna and stars Sonam Kapoor and Radhika Apte in pivotal roles.