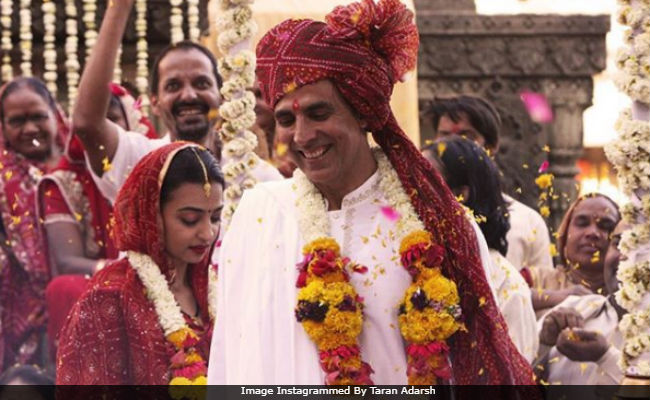 "The Sunday growth could have been more but with a film on this subject there is always a chance that the smaller town family audience may not come," Box Office India reported.

PadMan is based on the entrepreneur Arunachalam Muruganantham, who invented low-cost sanitary pad making machine. Akshay plays him in the film.

In his review for NDTV, film critic Raja Sen gave PadMan 4 stars out of 5. "PadMan is a film about those who need to take things apart in order to build something better. Muruganantham did this with pads as well as with stigma. The PadMan title track revels in the fact that he doesn't have to break bones in slow-motion or leap tall buildings in order to be a superhero. Films like this are why a new actor may someday mouth a song about how he isn't Akshay Kumar. The cape is optional when the wings are built in," he wrote.