PadMan Movie Review: Akshay Kumar Is Modest And Masterful In This Solid Film

PadMan Movie Review: PadMan, which features an extraordinary true-life story, is both a strong film and one that needs to be watched. 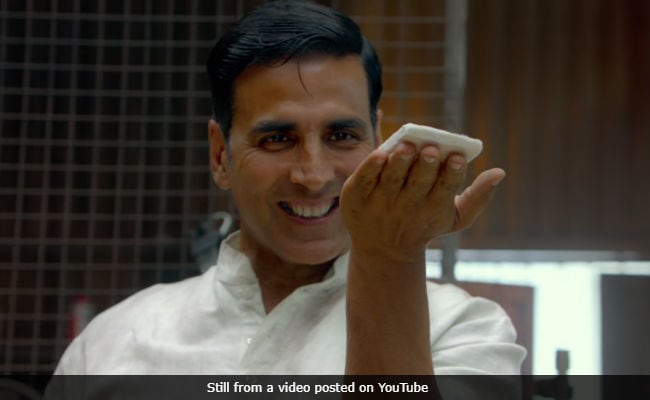 Here's to the ones who can't sit still.

Unlike his wife and neighbours, Lakshmikant Chauhan is unimpressed by the Hanuman idol at a village fair that breaks coconuts inserted in its mouth, simply because he can see how it works. Lakshmi makes things. He works in a factory, welding chains onto playground swings and taking care of whatever needs fixing, but he is at heart a questioner of the status quo and a finder of solutions. One of the first things we see him do is repurpose a wind-up toy into an onion-chopping machine, in order to spare his wife some sobs.

Based on the extraordinary life of innovator Arunachalam Muruganantham, PadMan is a film about those who need to take things apart in order to build something better. Muruganantham did this with pads as well as with stigma. Menstrual hygiene is still an alarmingly taboo subject in India, with education and urbanity unable to prevent, for instance, a woman with her period from attending family rituals. There is an infuriating notion of the unclean attached to the period a notion that makes little sense in a country full of mother-goddesses and is it a subject most conversations skirt away from. It is therefore impressive to watch this story told featuring Akshay Kumar, a mainstream hero known for his bulletproof manliness. 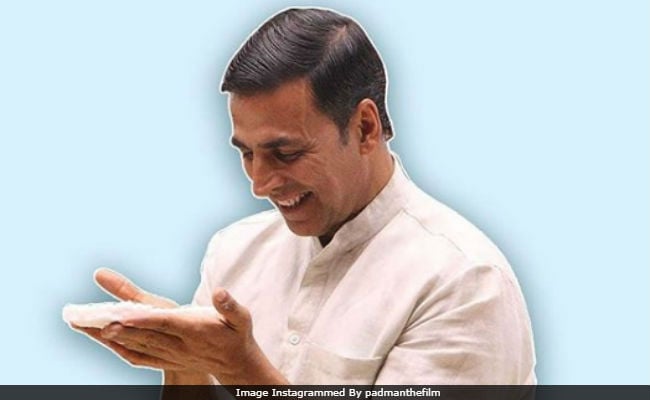 In R Balki's inspiring and touching film, we have this very hero trying on a sanitary napkin, then riding a bicycle with his trousers bloodied. In a country where people buy undershirts based on what Kumar claims to wear, this feels historic.

It is important here to note that while many a film can be labelled relevant or commendable, that does not automatically make it a fine film. PadMan written by Balki and Swanand Kirkire, based on a short story by Twinkle Khanna is a genuinely strong movie, telling an unlikely story in likeable fashion and doing it briskly and smartly. This is not a groanworthy melodrama or a government-flattering Public Service Announcement or an overt collection of clichs (all descriptions that suit Kumar's 2017 film Toilet), but instead an intelligent film that pays attention to detail.

It is a film that aims for nuance. Like Muraganantham in real life, Lakshmi is branded a pervert for his single-minded focus on creating affordable sanitary napkins, and the film allows us to relate both to his noble enthusiasm and to his family's inability to understand his attempts. Lakshmi is shushed by a chemist and told not to say -sanitary pad- out loud because women are present. -But they're the ones who use it,- protests Lakshmi, confounded by the need to treat a medical product like a contraband drug. A disgusted villager calls him a -dheele naade ka aadmi,- literally a man with pants that come off too easy. Lakshmi's wife, meanwhile, is perpetually distraught by her husband's obsession with impure' things, and desperately asks, -What kind of a man has his life trapped between a woman's legs?- 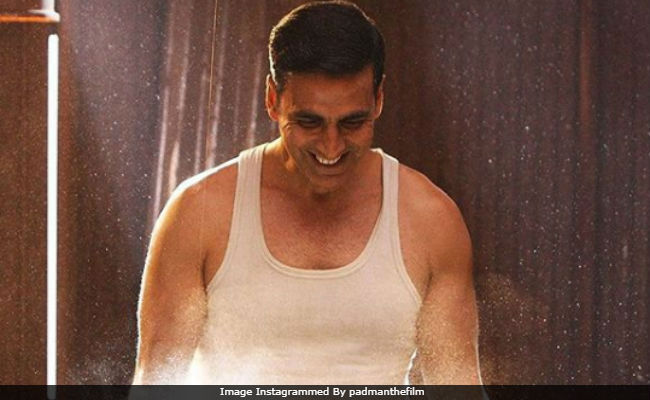 All he wants to do is serve. Lakshmi lovingly wraps each batch of homemade napkins in leaves and puts a jasmine flower on top. The film's first song Aaj Se Teri tells us that Lakshmi has devotedly given himself over to his wife and will do anything for her, and asks merely for a smile, or for her to make malpua for him once in a while. Written by Kausar Munir, the songs have consistently superb lyrics. There is a particularly terrific line during one performed at a young girl's coming-of-age function, saying -kal tak thi gul, ab gulel lagegi,- meaning she was a flower till yesterday but today she's the catapult from the plucked to the weaponised an intentionally pointed line in a film about giving women the power of choice.

The first time we see Kumar, he's been catapulted already. He's smiling his trademark smile wider than ever that broad grin of a good-looking doofus looking as if he can't believe his luck at getting married. The actor is exceptional in the film, calm and keen-eyed when at work, and it takes balance and restraint to play a character so singular and earnest and yet never appear cloying. There is a tenderness to his touch, be it when lifting a fingerful of candyfloss or when patting a girl's pillow with mosquito ointment (instead of daring to touch her). At one point, when a sanitary napkin of his making is described by a first user as -just another pad,- this attaining of regular' status makes him swell with glee. It is an undoubtedly affecting performance, and one of the actor's best. He is simplistic but never a simpleton. There are times Kumar appears naive, but only in the way that people who change the world often do.

Radhika Apte, who plays his wife, performs entirely in gasps of different registers everything is a shock to this immediately appalled wife but she is evocative enough to make the whimpering work. Sonam Kapoor, who plays Lakshmi's first user and later his assistant (modelled somewhat on the English language teacher Muruganantham had a crush on) provides a sharp contrast as the exact opposite, an entitled girl who, on hearing Lakshmi say -abhishaap- (curse) believably asks -abhi-what?- She is, importantly, the one who emphasises the importance of a female voice in the empowerment of women. Even women in villages don't like mansplaining.

The cinematography by PC Sreeram is characteristically strong, with lots of aerial shots to emphasise greens and wide shots to establish the world. Amit Trivedi's music is rather lovely, though the background score is irritatingly overdone as it tries to spell things out, swelling with hope and sighing with despair and doing so repetitively enough for us to notice. This is one of the reasons why, at some points, the film feels stretched, since we see Lakshmi's triumphs converting some people over, and then again have to wait for further triumphs to convert the rest. Still, the lack of overwrought hysterics and a fine pace keeps the story ticking.


Promoted
Listen to the latest songs, only on JioSaavn.com
The film ends with a grand speech delivered to the United Nations in a peculiar pidgin English, something Lakshmi winningly calls Linglish. It is a smashing speech, given to us in full, and really puts things in perspective as we see how, without an eye on profit or commerce, this inventor soldiered on to make the world a cleaner place. I loved this stretch because, for once, broken English was not played for laughs but for sincerity, and because Kumar handles it masterfully.

Many years ago, there was a song with the words -na main Amitabh, na Dilip Kumar, na kisi hero ke bachche,- celebrating that Kumar may not be an all-conquering talent like those titans or the son of a kid, but was instead plain old Akshay (-Akshay-Akshay,- as that song goes.) More than two decades later, as Kumar attaches a makeshift bladder to pink underwear and squeezes it with joyous impunity, the song has changed. The PadMan title track revels in the fact that he doesn't have to break bones in slow-motion or leap tall buildings in order to be a superhero. Films like this are why a new actor may someday mouth a song about how he isn't Akshay Kumar. The cape is optional when the wings are built in.