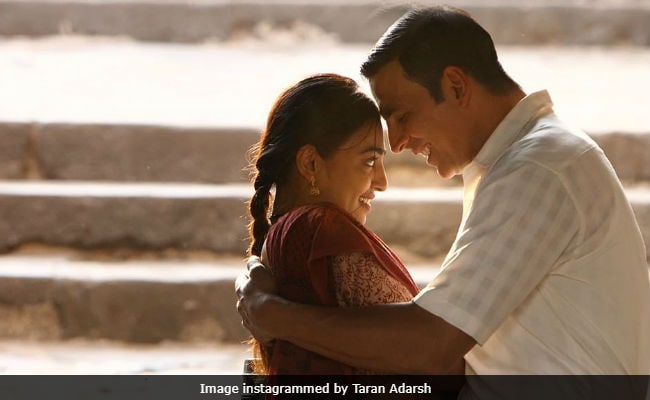 New Delhi: PadMan is off to a decent start, pocketing Rs 10 crore on the opening day, tweeted trade analyst Taran Adarsh. The business picked up in the evening and the film is xpected to perform well over the weekend/ Taran Adarsh tweeted: "PadMan has a decent start. Friday Rs 10.26 crore. The business, expectedly, picked up towards evening/night shows. The journey ahead is crucial. Saturday and Sunday should witness strong growth for a good weekend total." PadMan, which is reportedly made on a budget of Rs 90 crore, opened to fabulous reviews on Friday.

#PadMan has a DECENT start... Fri 10.26 cr... The biz, expectedly, picked up towards evening/night shows... The journey ahead is crucial... Sat + Sun should witness strong growth for a good weekend total... India biz.

"PadMan is a film about those who need to take things apart in order to build something better," film critic Raja Sen wrote in his review. He gave the film four-star rating. PadMan is based on the life of innovator Arunachalam Muruganantham, who invented low cost sanitary pad making machine. Akshay's character Lakshmi depicts Muruganantham's struggle to bring about a significant change in the life of rural women who couldn't afford sanitary pads. In the process, he breaks several stereotypes and menstrual myths, which even today, stop several women from their day-to-day activities.

PadMan was initially scheduled to hit the screens on January 25. Akshay Kumar postponed the release of his film by two weeks to give "Padmaavat" solo screen space over the Republic Day weekend.

Promoted
Listen to the latest songs, only on JioSaavn.com
PadMan is produced by Twinkle Khanna, who also wrote a shot story in Muruganantham's life, and the film is directed by R Balki. In PadMan, Radhika Apte plays the role of Akshay's onscreen wife while Sonam Kapoor plays a colleague, who guides Lakshmi in his journey.

Tell us what you think of PadMan in comments.