Oscars 2022: The Power Of The Dog leads the nominations with 12 nods including 3 big categories 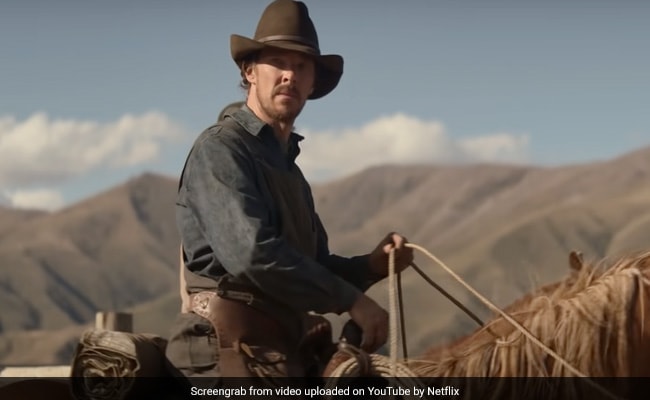 A still from The Power Of The Dog. (courtesy: YouTube)

Oscar fever officially began with the nominees for the 94th Academy Awards announced today. This year's slate of nominees is unlikely to be criticised as 'Oscars too White' with a diverse list of names that includes Will Smith and Denzel Washington for Best Actor, Ryusuke Hamaguchi for Best Director and more. The Power Of The Dog, directed by Jane Campion, leads the nominations with 12 nods including Best Film, Best Director, Best Actor for Benedict Cumberbatch, two Best Supporting Actor nods for Jesse Plemons and Kodi Smit-McPhee, and a Best Supporting Actress nomination for Kirsten Dunst. Dune has 10 nominations while West Side Story and Belfast follow with seven; King Richard, which stars Will Smith, has six nominations. Judi Dench, 87, is now the oldest nominee for Best Supporting Actress - she is nominated for her performance in Kenneth Branagh's Belfast. Ariana DeBose is up for Best Supporting Actress for her performance as Anita in Steven Spielberg's version of West Side Story, a role that won Rita Moreno the Oscar in the 1961 film.

An Indian documentary on women Dalit journalists titled Writing With Fire has been nominated for Best Documentary Feature.

The Oscar nominations were announced by Black-ish star Tracee Ellis Ross and actor-comedian Leslie Jordan; some awards were announced by a range of guests from actress Phylicia Rashad, wrestler Titus O'Neil and even a group of firefighters. This year, the Oscars are scheduled to take place on March 27 at Los Angeles' Dolby Theatre.

Last year, the ceremony took place a Los Angeles train station with no host. Another highlight of this year's Oscars is that it will have a host for the first time since 2018, reported news agency AFP. In 2019, comedian Kevin Hart pulled out of hosting the Academy Awards after homophobic tweets he made several years earlier reemerged. Since then, the Oscars have been host-less.

Meanwhile, Tamil film Koozhangal, directed by PS Vinothra, was India's official entry for the Academy Awards 2022. It failed to make the shortlist. Suriya's Jai Bhim and Mohanlal's Marakkar: Arabikadalinte Simham were officially included in the long list of films eligible for the Oscars 2022.

Here are all the nominees:

The Power of the Dog

Jane Campion (The Power of the Dog)

Nicole Kidman (Being the Ricardos)

Javier Bardem (Being the Ricardos)

Benedict Cumberbatch (The Power of the Dog)

Denzel Washington (The Tragedy of Macbeth)

Kirsten Dunst (The Power of the Dog)

Jesse Plemons (The Power of the Dog)

J.K. Simmons (Being the Ricardos)

Kodi Smit-McPhee (The Power of the Dog)

The Worst Person in the World

The Power of the Dog (Jane Campion)

Italy, The Hand of God

Bhutan, Lunana: A Yak in the Classroom

Norway, The Worst Person in the World

The Mitchells vs. The Machines

Raya and the Last Dragon

The Power of the Dog (Jonny Greenwood)

Down to Joy - Van Morrison (Belfast)

The Queen of Basketball

When We Were Bullies

Ala Kachuu - Take and Run

Affairs of the Art

No Time to Die

The Power of the Dog

The Power of the Dog (Grant Major & Amber Richards)

The Power of the Dog (Ari Wegner)

The Tragedy of Macbeth (Bruno Delbonnel)

The Eyes of Tammy Faye

The Power of the Dog (Peter Sciberras)

Shang-Chi and the Legend of the Ten Rings

No Time to Die

The Oscars, this year, are scheduled in March to reportedly avoid clash with February's Winter Olympics and the Super Bowl in Los Angeles, reported news agency AFP.