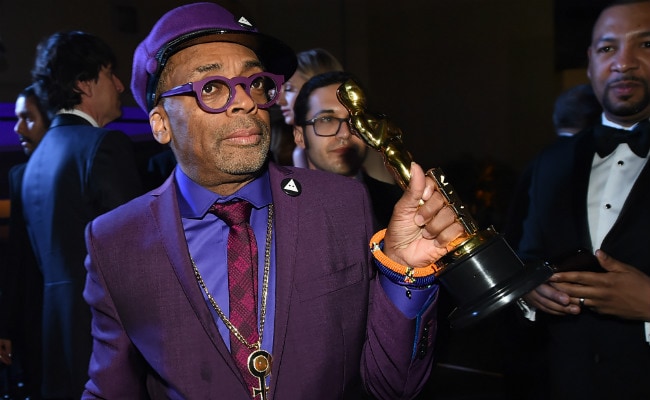 The audience erupted into applause for the 61-year-old who until Sunday had earned an honorary Oscar in late 2015 for his "extraordinary contribution" to film - but no other Academy Awards.

For more than 30 years, Spike Lee has captivated audiences -- and sometimes angered them -- with his provocative, frank depictions of black America infused with his signature mix of entertainment, activism and rage.

BlacKkKlansman is a searing yet sometimes hilarious broadside against racism with the stranger-than-fiction true story of an African-American police officer who managed to infiltrate the highest levels of the Ku Klux Klan.

Spike Lee - decked out in all purple with gold sneakers - jumped into the arms of presenter Samuel L. Jackson before accepting the award.

Spike Lee got political, looking ahead to the upcoming presidential vote.

"It will be a powerful moment," he said. "The 2020 presidential election is around the corner."

"Let's all mobilize, let's all be on the right side of history. Make the moral choice between love versus hate," he said. Lee was wearing rings on Sunday that bore the two words.

"Let's do the right thing!" he concluded, referring to his acclaimed 1989 film about simmering racial tensions in New York's Brooklyn borough.

"You know I had to get that in there," he said with a smile.