Oscars 2019: Fun Facts And Figures About The Academy Awards

Oscars 2019: Here are some fun facts about the 91st Academy Awards, which will take place in Hollywood on Sunday 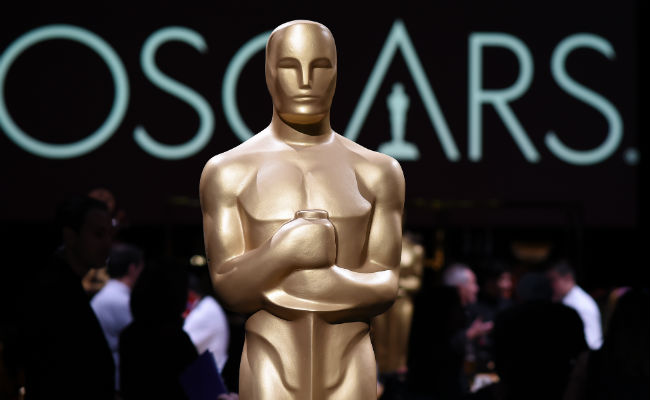 How much does an Oscar statue weigh? Which actor has received the most ever nominations? Who has the most Oscars ever?

Here are some fun facts about the 91st Academy Awards, which will take place in Hollywood on Sunday:

Hollywood lore has it that the Academy Award was nicknamed Oscar after Academy librarian Margaret Herrick -- who eventually became executive director -- saw the trophy for the first time and thought it looked like her uncle Oscar.

Hollywood legend Bette Davis allegedly claimed she had nicknamed the award Oscar as it reminded her of her first husband, musician Harmon Oscar Nelson Jr, but later withdrew that claim, according to IMDB.

The Academy of Motion Picture Arts and Sciences officially adopted the nickname in 1939.

The Oscar statuette is solid bronze and plated in 24-karat gold. It stands 13.5 inches (34 centimeters) tall and weighs 8.5 pounds (3.8 kilograms).

It takes three months for Polich Tallix Fine Art Foundry in New York to manufacture a batch of 50 statuettes. More than 3,140 statuettes have been handed out since 1929.

The trophy represents a knight holding a crusader's sword standing on a reel of film with five spokes that refer to the five original branches of the Academy -- actors, directors, producers, technicians and writers.

The movie industry figure with the most Oscars is Walt Disney, who won 22, plus four honorary statuettes.

Katharine Hepburn won the most Oscars for a performer, with four. Daniel Day-Lewis is the only person to have three best actor Oscars.

The youngest person to receive an Oscar was six-year-old Shirley Temple in 1935, although it was a non-competitive honorary award for children to honor her work from the year before.

The youngest to win a competitive Oscar was Tatum O'Neal, who was 10 when she bagged best supporting actress for Paper Moon in 1974.

The oldest winner of an acting award was Christopher Plummer, who was 82 when he won his first Oscar for best supporting actor in Beginners in 2012.

Sound engineer Kevin O'Connell held the record for most Academy Award nominations without a win at 20. But the 21st time was the charm in 2017 when he finally won for best sound mixing for Hacksaw Ridge.