Oscars 2019: Are they big, small, crowd-pleasers or niche faves? And what about Netflix? 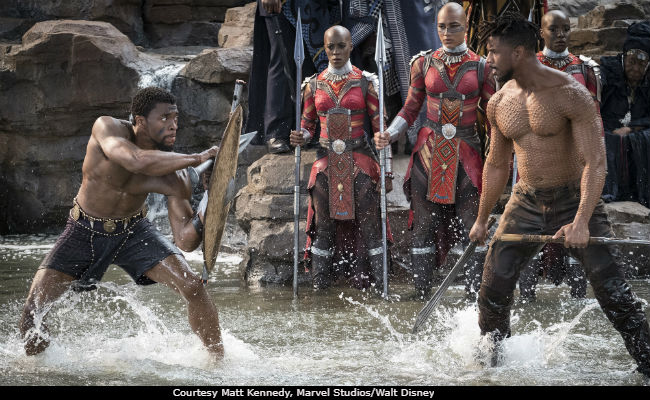 Those were the most-oft repeated descriptions of this year's Oscar race overheard in Los Angeles last month, as members of the Academy of Motion Picture Arts and Sciences prepared to select their nominees. Plunging into the season's nonstop circuit of screenings, Q-and-A's and "tastemaker" parties ("You're invited to join Angelina Jolie for a reception celebrating Roma ... "), voters were visibly discombobulated, as bemused by promotional profligacy and whispered takedown campaigns as by the technological, cultural and demographic changes rapidly engulfing their industry.

As the academy turns the corner toward its 100th year, which movie to vote for has taken on implications beyond the usual in-group popularity contest or matter of consensus compromise. What's at stake feels nothing less than existential, with the result reflecting not just Hollywood's collective self-image, governing taste and vision of the future, but the definition of film itself.

To be a movie in this day and age, what's too big, too small, too out-there, too safe? Does where and how we see them matter? Are once-beloved genres simply too outdated to qualify? Is Hollywood heading into an era of liberated pluralism or a monoculture dominated by one voracious talent-hungry company?

That this year's Oscars race crystallizes these questions so dramatically isn't surprising as much as an accurate reflection of 21st century realities, including at the academy itself. Having been sharply criticized for being too white and too male, the organization has taken steps to reproportion its membership. More than 1,700 people have been invited to join over the past two years, making it not just more inclusive in terms of gender and ethnicity, but far more global (this year's nominated directors are from Mexico, Poland and Greece, as well as the United States).

The best picture shortlist aptly illustrates the fluidity of the moment, when parameters are unchanging but also shifting, sometimes in the same film. Roma, for example, is just the kind of personal, visually bravura art film that Oscars have favored in recent years. But it's also a Netflix movie and, should it win, will be the first foreign language film to do so. 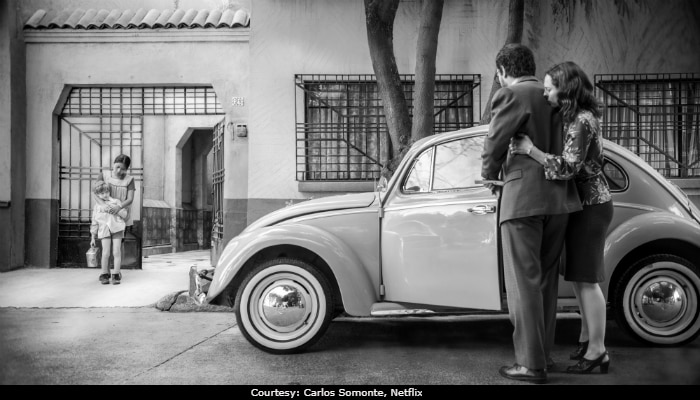 Black Panther a superbly made installment of the endless Marvel universe - and the first comic book movie to compete for best picture - suggests that the industry might finally find peaceful coexistence between the kind of mass-market product it has long depended on and the prestige it not-so-secretly craves.

BlacKkKlansman, a damning, scabrously funny sendup of racism and white identity politics, marks the first time Spike Lee has been nominated, not just for best picture but director. As an uneven but galvanizing cri de coeur from one of America's most important filmmakers, it proves that audiences haven't given up on auteurism at its most fiercely didactic and bracingly idiosyncratic.

Green Book, a warmly amusing buddy comedy about racial reconciliation set in the Jim Crow-era South, is as gentle and reassuring as "BlacKkKlansman" is provocative and unsettling. Like A Star Is Born and Bohemian Rhapsody, it's an unapologetically mainstream crowd-pleaser that harks back to the kind of movies the industry supposedly doesn't make anymore, until it does.

Indeed, in one of this year's many reversals, most of this year's nominees are big-studio films, or at least big-studio-adjacent. In past years, the Oscars have been derided by some observers as having turned into another version of the Independent Spirit Awards (conferred the day before at a laid-back party on the beach), with the best picture Oscar often going to a film that, although perhaps artistically worthy, few filmgoers had actually seen.

With studios such as Disney, Twentieth Century Fox, Universal and Warner Bros. in the hunt, those grumblings have abated. Not only was Black Panther the biggest hit of 2018, with A Star Is Born and Bohemian Rhapsody also making hundreds of millions of dollars, but "BlacKkKlansman" and "Green Book" have both proven hugely popular with audiences, punching far above their weight at the box office. 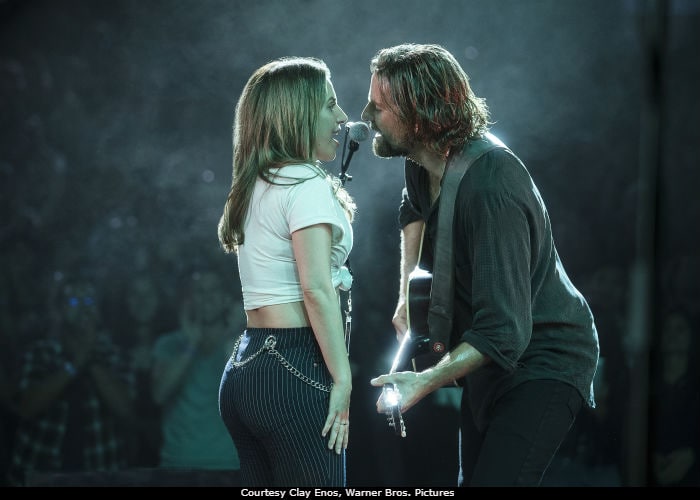 The standards for what qualifies as an "Oscar movie" - what is considered worthy, important, legitimate - have always been elastic, sometimes confoundingly so. Even before Harvey Weinstein propelled Shakespeare In Love to an upset over Saving Private Ryan, the tiny 1955 domestic drama Marty proved its bona fides - just a few years after the spangly extravaganza "The Greatest Show on Earth." Although massive worldwide hits such as Titanic and Gladiator have won best picture Oscars, the last commercial blockbuster to take that honor was The Lord of the Rings: The Return of the King in 2003. Since then, smaller and more obscure films such as Slumdog Millionaire, The Hurt Locker and last year's The Shape Of Water have been far more likely to take top honors.

Given that trend, an edgy, topically minded indie such as "Vice" or "The Favourite" once might have been considered a sure thing, as would a somberly ambitious movie such as "First Man," Damien Chazelle's steely, stirring portrait of astronaut Neil Armstrong, portrayed in a quietly powerful performance by Ryan Gosling. Not this year. "First Man" didn't even make the cut, save for a few technical awards, raising the question: If "First Man" isn't a worthy, important, legitimate movie, what is?

In many ways, this year's nominees reflect a medium whose formal language has one foot squarely planted in the conventions of the past, and another seeking out a toehold in new forms. A Star Is Born literally harks back to another era as a remake of a remake of a remake of one of Hollywood's most beloved creation myths of celebrity and self-destruction, while "Bohemian Rhapsody" follows a similarly recognizable template that manages to be rousingly fun to watch despite its hoariest cliches. Next to those iterations of familiar formulas, the Ted-Talk-on-Red-Bull approach of "Vice" and perverse power plays of "The Favourite" are like so many tart, anarchic apples bumping up against satisfying but familiar oranges.

Both "Vice" and "The Favourite" traffic in poisonous palace intrigue - set during the George W. Bush administration and the reign of Queen Anne, respectively - and they clearly intend for their depictions of preening ego, abuse of power and feckless impunity to be compared to present-day Washington. But politics - and the politics of aesthetics - have most starkly imbued the choice between Green Book and BlacKkKlansman. To its detractors, Green Book's old-fashioned mode of storytelling - from the centering of a white protagonist to a preference for earnestness and sentimentality over tougher realism - make it objectionably out of step with an era that demands more nuanced reckonings with racism. Should "Green Book" win best picture - especially running against BlacKkKlansman - the implication will be that, for all its presumed liberalism, the academy still favors comfort over confrontation, a narrative that played out beat for beat 29 years ago when "Driving Miss Daisy" won best picture and Spike Lee's "Do the Right Thing" wasn't even nominated. 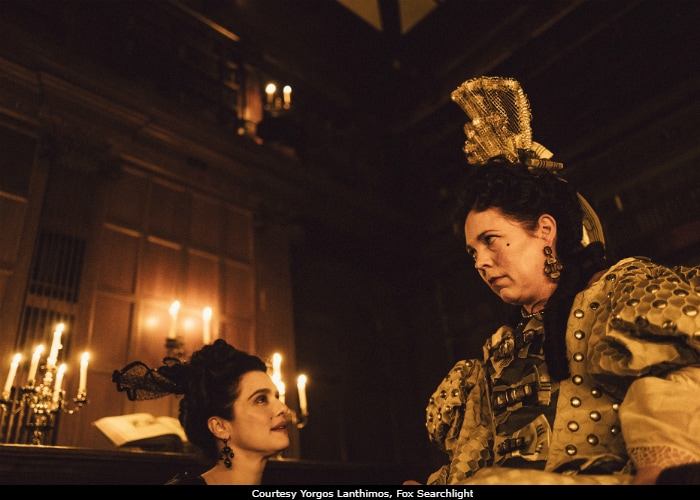 As if those echoes, optics and subtexts weren't highly charged enough, this year's closest thing to a front-runner, Alfonso Cuaron's "Roma," is distributed by a streaming company whose obsession with destroying the movie industry as we know it is only outpaced by its desperation to win that industry's highest accolade.

Since premiering Roma on the festival circuit last summer, Netflix has spent tens of millions of dollars on awards promotion, sending journalists expensive swag and heightening awareness among academy voters by way of exhibits, celebrity-studded parties and an unavoidable swath of billboards along Sunset Strip.

In Hollywood, longtime industry executives are whipsawed by two competing and equally powerful forces: fear and loathing of Netflix's disruptive business model, and deep desire for its money. The company has spent upward of a billion dollars to lure talent like Cuaron, even agreeing to show his movie in theaters despite its insistence that streaming is the future. As part of Netflix's strategy to co-opt as much name-brand talent as it can - thus shoring up against future streaming competition from Disney, Warner Bros. and Apple - the Roma Oscar campaign isn't just about the award, but signals to other filmmakers that they too will be lavished with unconditional support. Somehow it makes perfect sense in an upside-down year that 2001 Oscar-winner Steven Soderbergh filmed his new movie on an iPhone and premiered it on Netflix, bypassing theaters entirely.

For cinephiles, Roma - a widescreen, black-and-white, subtitled portrait of Cuaron's childhood in Mexico City - is a masterwork of cinematography, sound, naturalistic performance and rigorously observational style. But, for those still making their living at analog-era studios, is a vote for Roma a vote for their own extinction? Related: Does it reward one of the most over-the-top "For Your Consideration" campaigns since the Harvey Era?

And, on a more philosophical level: Should an art film like Roma, which was made for the big screen but whose end use is home TVs, even be considered cinema? Should a cinematic comic book like Black Panther be considered art? Should America's most shameful history be processed through the ruthless re-examination of "BlacKkKlansman" or the glass-half-full optimism of "Green Book"?

For now, the academy's answer seems to be: All of the above. What's more, its newest members - and, presumably, future classes to come - will continue to bring down the organization's median age, meaning that the definition of cinema will become more expansive, not less.

It's safe to say that it was the academy's newer members who recognized not just Black Panther's visual and technical richness, but cultural significance that transcended the usual superhero origin story. Even last year, when the Netflix movie Mudbound received four Oscar nominations, it was clear that voters weren't hung up on streaming-vs.-theatrical distinctions, to which this year's 10 nominations for Roma readily attests. If this year witnesses the first foreign-language best picture winner, it's only a matter of time until the first documentary is nominated, a recognition that feels long overdue.

Amid the rapid churn and vertiginous uncertainty, the question of what gets to be an Oscar movie - a movie the rest of us consider worthy, important, legitimate - is clearly in flux. As disorienting as that transition is, it's also invigorating. In becoming more cosmopolitan, culturally attuned, genre-flexible and platform-agnostic, the academy will increasingly need to make equal space in the canon for crowd-pleasing entertainment and esoterica, special effects and subtitles, popcorn and poetry.

At a time when excellence can manifest across a range of substance and styles, perhaps the question isn't what a movie should be, but what it can be - anywhere in the world, and in anyone's wildest dreams.