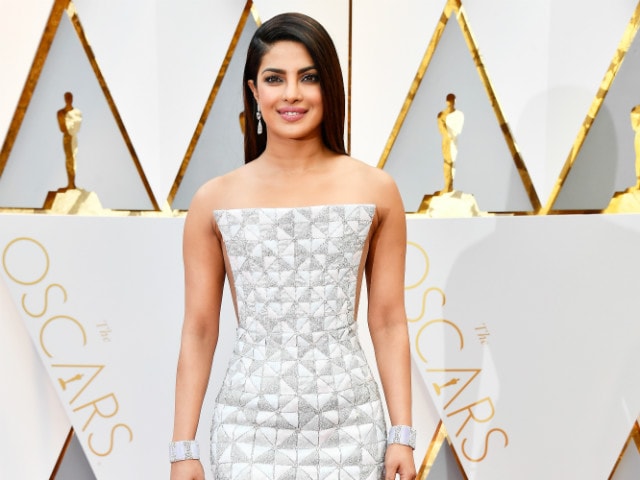 New Delhi: Actress Priyanka Chopra was witness to what was easily the most epic Oscars in recent history, with Best Film being given to La La Land first and then corrected to Moonlight. The 34-year-old actress was somewhere in the audience at the 89th Academy Awards - we didn't see much of her during the show, but she did give folks a proper look at her glitzy outfit, front and back, on the red carpet. Last year, Priyanka attended the Oscars as a presenter; this year, she was there as a spectator (apparently with Sir Mick Jagger but there was no sign of him). Priyanka Chopra showed up in a strapless silver Ralph and Russo ensemble with a geometric pattern that caught the light. She accessorised simply with stone earrings and cuffs, her hair left loose. She greeted the bank of cameras on the red carpet with a namaste. 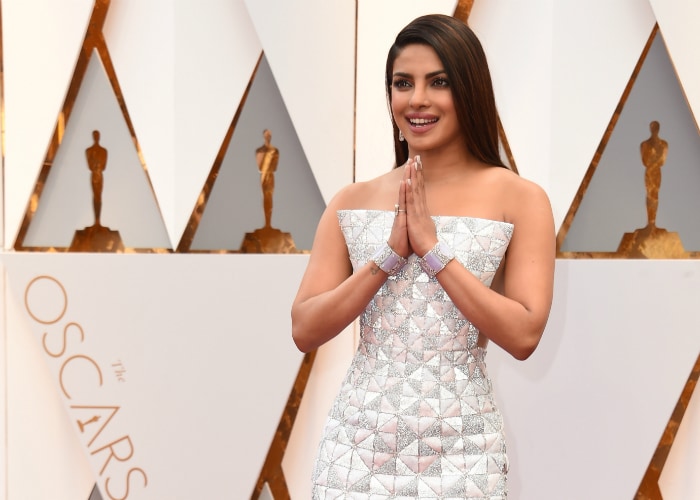 Priyanka posed and posed on the red carpet, and we could not take our eyes off her: 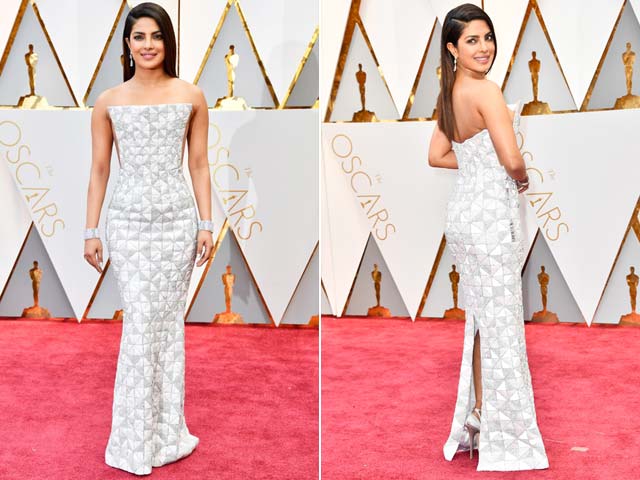 Oscars 2017: Priyanka Chopra turned heads on the red carpet and how (Courtesy: AFP)

Ahead of Priyanka Chopra's Oscar appearance, she gave us a glimpse of her red carpet look on Instagram:

This is how she prepped for her Oscar-special look:

Promoted
Listen to the latest songs, only on JioSaavn.com
A day before Hollywood's biggest award night, Priyanka partied looking chic and smart in Chanel couture:

Last year, Priyanka set the red carpet blazing at the Oscars with her appearance in a lacy Zuhair Murad gown. 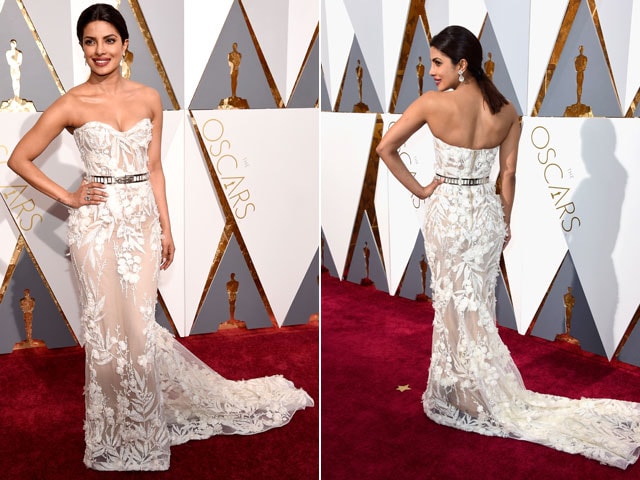 Internationally, Priyanka Chopra is best known for headlining American TV show Quantico as protagonist Alex Parrish. She is also awaiting the release of her Hollywood debut Baywatch, co-starring Dwayne Johnson who was a presenter at this year's Oscars. Back home, Priyanka was last seen in Prakash Jha's Jai Gangaajal and recently made an appearance on popular TV show Koffee With Karan.

Oscars 2022: No Win For India's Writing With Fire, Nominated For Best Documentary