Oscar Winning-Film Period. End Of Sentence Producer Says She Once Sold Her House To Make A Film

Guneet Monga is also associated with films such as The Lunchbox, Masaan and Haraamkhor 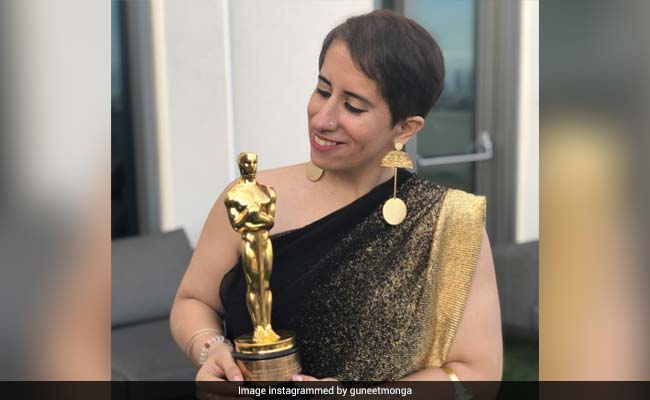 The Oscar win for Guneet Monga is nothing but a validation of her years of hard work gone into backing films she believed in by raising money through social media to selling her only house. Though she received the Academy Award for her documentary short Period. End Of Sentence, Guneet has also been associated with critically-acclaimed films like The Lunchbox, Masaan and Haraamkhor. "For every film, we have raised money individually. Our process is almost like 'kar guzarne wala' (passionate). We raised money on Facebook and made Peddlers and Haraamkhor under Rs 1.5 crore because one could not get money by raising in traditional manner here," she said.

"One raised money from France for The Lunchbox and ended up raising some equity here. For Monsoon Shootout, I sold my house, the only house I had. It's a bit crazy story," Guneet added. The producer was speaking at the ongoing FICCI Frames 2019 on 'Unapologetically Indian: The new breed of Swadeshi storyteller of the industry'.

Guneet said each project comes with its own challenge and she has learnt a lot over the years. "It's been more than 20 projects in all these years and all of them have been uniquely raised money for, through private investors, studios and crowdfunding. You do whatever is needed to tell that story and you see how you can do in the least amount and still sustain. Sometimes, it has been very difficult to sustain but those have been my learnings and I have learnt my business through that," she said.