Ahead of the film's release, Ankita Lokhande wrote: "Keep smiling. Wherever you are" 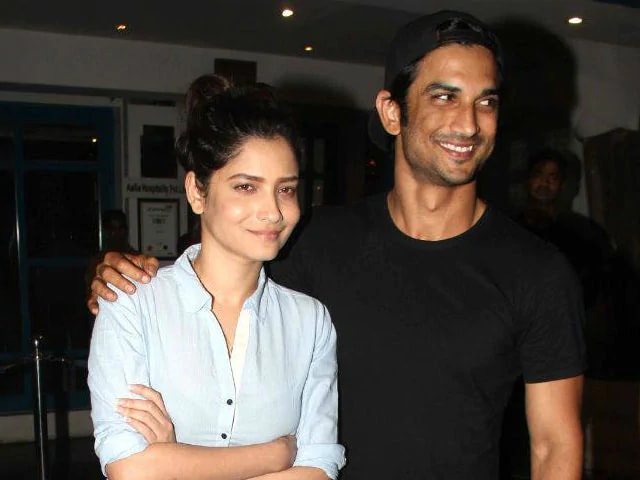 A file photo of Ankita Lokhande and Sushant Singh Rajput.

As Sushant Singh Rajput's last film Dil Bechara is streaming on Disney+Hotstar, the late actor's fans have filled social media with posts pertaining to his film. As a form of tribute to Sushant Singh Rajput, several members of the film as well as the TV industry shared posts on social media. One such post arrived from Ankita Lokhande, who once dated Sushant and co-starred with him in the popular TV show Pavitra Rishta. Sharing a motion poster of the Mukesh Chhabra-directed film on her Instagram profile, Ankita Lokhande wrote: "From Pavitra Rishta to Dil Bechara, one last time."

Just a day before the release of Dil Bechara, Ankita Lokhande shared this picture on her Instagram profile and she wrote in the caption: "Keep smiling. Wherever you are."

HOPE,PRAYERS AND STRENGTH !!! Keep smiling wherever you are

A month after the Kai Po Che! actor's death, Ankita Lokhande, who dated Sushant for 6 years, lit a diya in front of the shrine and wrote: "Child of God." The Manikarnika actress visited Sushant's family at his Mumbai residence a few days after his death on June 14. The actor died by suicide, said the police.

Dil Bechara is inspired by John Green's book The Fault In Our Stars, which was also adapted into Hollywood film with the same name and it featured Shailene Woodley and Ansel Elgort in the lead roles. The film has been directed by casting director Mukesh Chhabra, who is making his debut as a director with the movie. Dil Bechara also stars Sanjana Sanghi and Saif Ali Khan (in a cameo appearance) and the film's music has been composed by AR Rahman.