'One And Only' Nagarjuna Gets Blockbuster Welcome From Team Brahmastra

Karan Johar welcomed Nagarjuna onboard with a special tweet 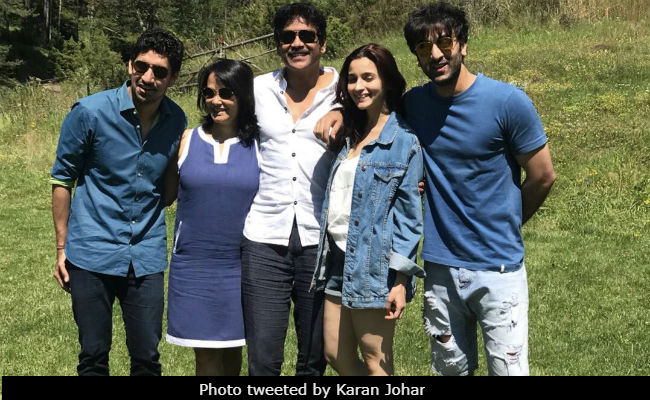 Nagarjuna is doing a Bollywood film after a span of 15 years(Image courtesy: karanjohar)

Soon after Telugu superstar, Nagarjuna confirmed his appearance in Ranbir Kapoor and Alia Bhatt's Brahmastra, Karan Johar welcomed the actor onboard with a special tweet. Karan, who is producing the Ayan Mukerji-directed film, shared a photo featuring Nagarjuna, Alia, Ranbir and Ayan from the sets of the film in Bulgaria. "We are honoured and exceptionally excited to have the one and only Nagarjuna doing an extremely 'special' role in our film Brahmastra! Directed by Ayan Mukerji, Amitabh Bachchan, Alia Bhatt, Ranbir Kapoor. Thank you, sir for your love and your beautiful energy," Karan tweeted. On Instagram as well, Karan shared a photo of Nagarjuna with the Brahmastra team.

We are honoured and exceptionally excited to have the one and only @iamnagarjuna doing an extremely "special" role in our film #BRAHMASTRA !! Directed by Ayan Mukerji @SrBachchan@aliaa08#RanbirKapoor ...thank you sir for your love and your beautiful energy! pic.twitter.com/fVD5sRVQvc

NAGARJUNA joins the cast of #Brahmastra !!! Honoured and exceptionally excited to have him do a "special" role in the film!!!!

Just a few hours ago, Alia Bhatt had shared a behind-the-scenes selfie on her Instagram story. The photo featured her make-up artist Puneet B Saini, hairstylist Priyanka Borkar and also Ranbir Kapoor. The girls posed together for the photo while Ranbir Kapoor appeared to be busy capturing the picturesque landscapes of Bulgaria. Here's the photo. 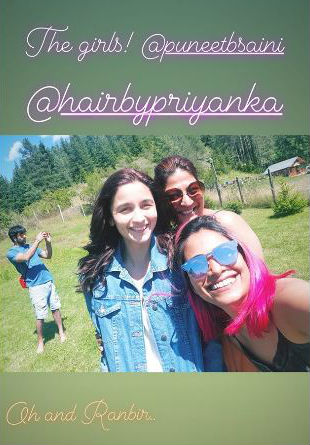 Mouni Roy, who is also in Bulgaria shooting for the film, shared a photo with Nagarjuna and Ayan Mukerji.

Freud once said "Love and work , work and love ; thats all there is". Always at my happiest self with em favourites. Favourites coz ,"no apparent reason"!!!! Best Boy-Friend + @hussain.dalal = magic manic days #brahmastra

Nagarjuna in an interview to news agency IANS had earlier told why he chose to do the film: "Brahmastra was impressive from the moment it came to me. I said 'yes' immediately and now, here I am on my way to shoot for it. I am looking forward to it." With Brahmastra, Nagarjuna is making his comeback in Bollywood films after 15 years. The 58-year-old actor was last seen in LOC Kargil, which also featured Kareena Kapoor, Saif Ali Khan and Ajay Devgn.

Meanwhile, Brahmastra also reunites Nagarjuna with Amitabh Bachchan with whom he had previously co-starred in Khuda Gawah (1992).

As evident from the photos on social media, a lot is happening on the sets of Brahmastra. But we are yet to decipher details about the roles the actors are playing in the film. Ranbir Kapoor had divulged (a little) about what Brahmastra is all about. "It is actually a supernatural romantic fairy tale at heart. Ayan (film's director Ayan Mukerji) will never make a character that doesn't have truth to it, or which is unbelievable. It's too early to talk about the film, but it is something I am terribly excited about," said Ranbir.

The first part of the fantasy trilogy is expected to release in August next year.