"Brahmastra was impressive from the moment it came to me," said Nagarjuna 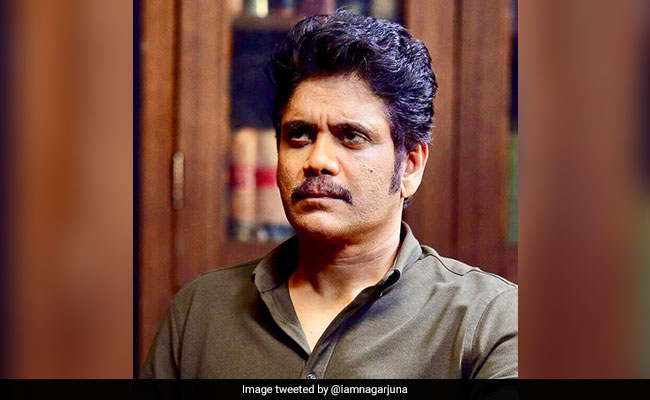 Telugu superstar Nagarjuna has finally confirmed that he is part of Ayan Mukerji-directed Brahmastra. The actor, who was shooting for his upcoming Telugu film with first-time director Sriram Aditya, left for Europe to shoot for Brahmastra, news agency IANS reported. "Yes, I am doing Brahmastra. It is my first Hindi film in a very long time. I can't remember when was the last time I did a Hindi film. I think it was Mahesh Bhatt's Zakhm," IANS quoted Nagarjuna as saying. We'll help you out here, Nagarjuna. The 58-year-old actor's last Bollywood film was 2003's LOC Kargil, which also featured Ajay Devgn, Saif Ali Khan and Kareena Kapoor.

"Oh yes, LOC. But that was a brief role, though a lot of fun to do. Zakhm was my last full-fledged role in a Hindi film," the actor added. Directed by Mahesh Bhatt, the film featured his daughter Pooja Bhatt, Sonali Bendre, Ajay Devgn and Kunal Kemmu, who was a child actor then.

"Brahmastra was impressive from the moment it came to me. I said 'yes' immediately and now, here I am on my way to shoot for it. I am looking forward to it," Nagarjuna, on why he chose to do this film.

Nagarjuna, who is making his Bollywood comeback with Brahmastra, which also stars Ranbir Kapoor and Alia Bhatt (Mahesh Bhatt and Soni Razdan's daughter). Recalling his time on the sets of Zakham, the actor told IANS: "I still remember Alia Bhatt as a child on Bhatt saab's (Mahesh Bhatt) set. Now I am working with her in Brahmastra. How time flies."

Nagarjuna refrained from divulging details about his role in the film therefore the mystery continues. "I am not supposed to say much. To be honest, I'm not very sure of the extent of my role. But it's a pivotal part. And they probably thought of me because the role suits my personality," IANS quoted the actor as saying.

Earlier, Ranbir Kapoor had revealed a little about what the three part fantasy trilogy is going to be all about. Ranbir had earlier told mid-day that Brahmastra is a "supernatural romance fairy tale" and not a superhero drama."It is actually a supernatural romantic fairy tale at heart. Ayan (film's director Ayan Mukerji) will never make a character that doesn't have truth to it, or which is unbelievable. It's too early to talk about the film, but it is something I am terribly excited about," said Ranbir.

Meanwhile, Nagarjuna's last film Officer, directed by Ram Gopal Varma, tanked at the box office. Brahmastra will be his first Bollywood film in a span of 15 years. The film is expected to release in August next year.