Once Upon A Time, Trishala Dutt Met Shah Rukh Khan. She Doesn't Remember When 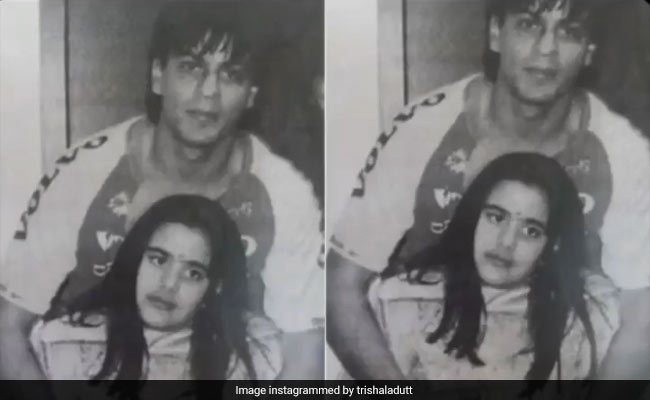 Once upon a time, Sanjay Dutt's daughter Trishala Dutt met Bollywood superstar Shah Rukh Khan. Funny thing, she can't remember when. However, going by her caption, it must have been in the Nineties. On Saturday, Trishala posted a greyscale photograph of herself along with Shah Rukh Khan on her Instagram story. In the picture, the duo could be seen posing for the camera. She thanked a fan for sharing the picture with her and wrote: "Thank you for this picture. I don't remember when it was taken ... Probably early 90s." Trishala's father Sanjay Dutt and SRK co-starred in the 2011 film Ra.One. They also dubbed for Dharma Productions' animated film Koochie Koochie Hota Hai. Sanjay Dutt also appeared in the song Deewangi from Shah Rukh Khan's 2007 film Om Shanti Om. 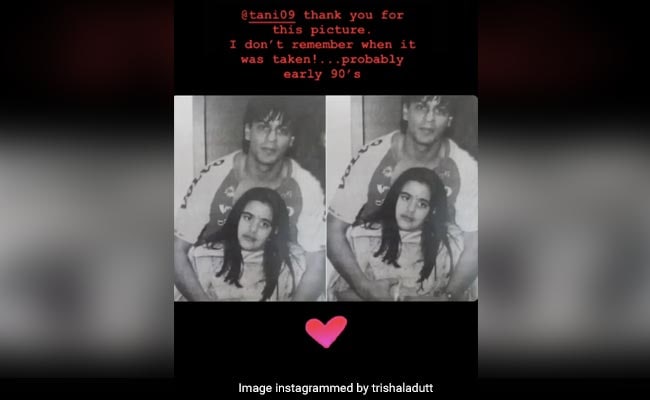 Trishala Dutt is actor Sanjay Dutt's daughter with his first wife Richa Sharma, who died of brain tumour in 1996. She stays with her grandparents in the US. Sanjay Dutt is now married to Maanyata and the couple are parents to 9-year-old twins Shahraan and Iqra.

On the professional front, Shah Rukh Khan was last seen in Zero, co-starring Anushka Sharma and Katrina Kaif. SRK produced Netflix's Bard Of Blood, and Amitabh Bachchan and Taapsee Pannu's Badla, last year. The actor will also produce the film Bob Biswas, starring Abhishek Bachchan. SRK has reportedly been signed for the Hindi remake of Quentin Tarantino's Kill Bill. However, he has not announced his association with the project as of now.