"You make me believe in magic because everything you do is just that," wrote Hina Khan 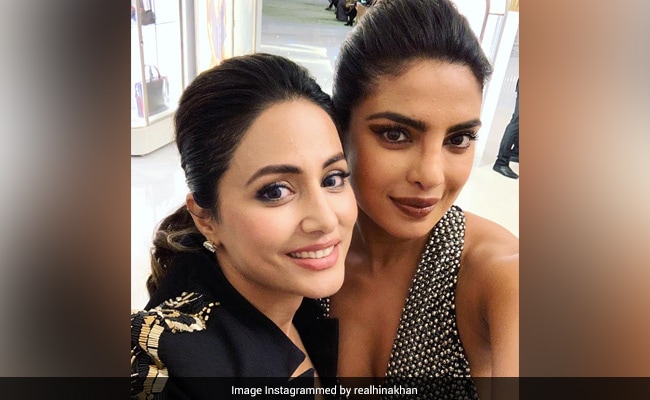 On Priyanka Chopra's 38th birthday, an early greeting came from TV star and fangirl Hina Khan. On Saturday, Hina posted a throwback picture of herself along with the birthday girl on her Instagram story and she accompanied it with an adorable caption. The picture happens to be from last year's Chopard party that took place in the French Riviera. In her post, Hina referred to Priyanka Chopra as her "inspiration" and wrote: "Many, many happy returns of the day, my inspiration. You make me believe in magic because everything you do is just that. Thank heaven that you were born. Happy Birthday PC." 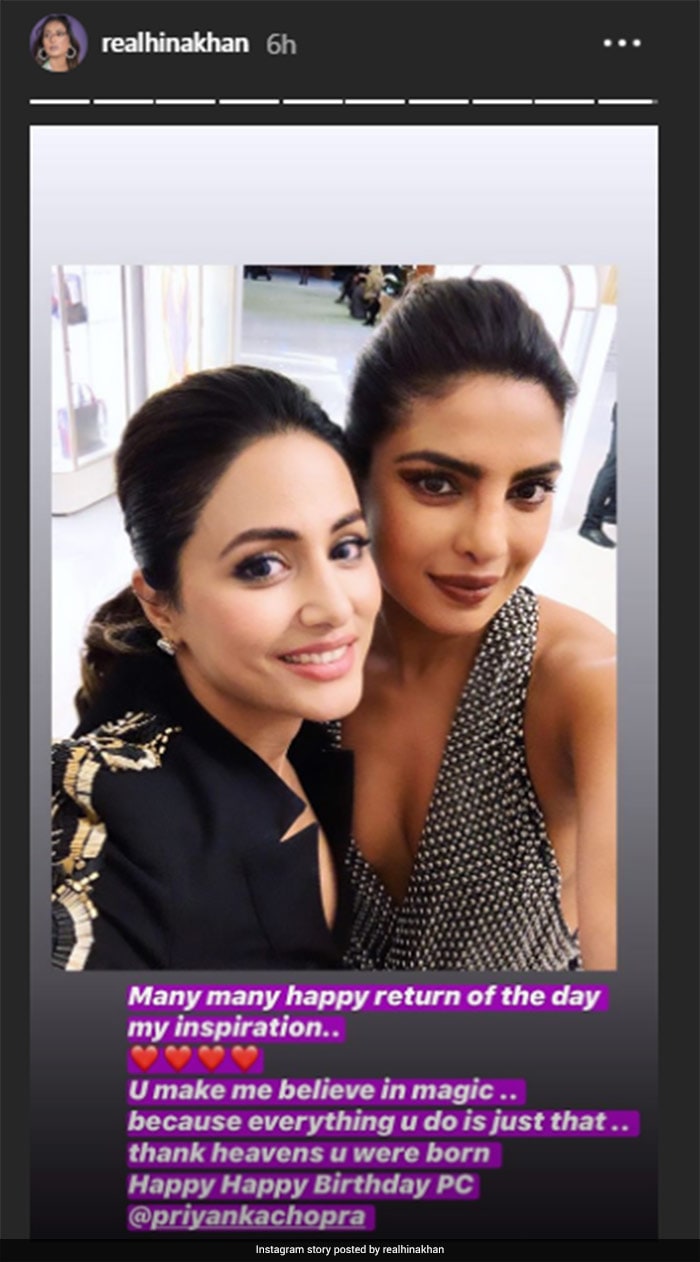 Priyanka Chopra and Hina Khan made their Cannes debut in the same year (2019). They met at the Chopard party, where the Quantico actress was accompanied by her husband Nick Jonas. Huma Qureshi and Diana Penty, who were also present at the film festival, joined the party. Huma Qureshi shared a picture from the party last year and she wrote: "Strong women support each other, Real women support each other. Thank you Priyanka Chopra and Nick Jonas jiju for making our night about Desi girl power."

Priyanka Chopra will next be seen in Netflix's adaptation of The White Tiger co-starring Rajkummar Rao. She also has the superhero film We Can Be Heroes and a film with comedian Mindy Kaling. She has also signed Amazon's web-series Citadel. The actress also announced the Sangeet Project with Amazon Prime. Priyanka's last theatrical release was The Sky Is Pink with Farhan Akhtar and Zaira Wasim.