"Wish you guys a very happy anniversary and many more moments to be made in this wonderful journey together," wrote Siddharth Chopra 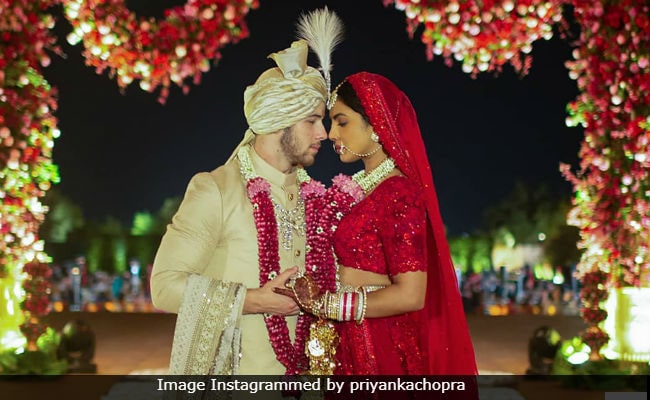 As Priyanka Chopra and Nick Jonas celebrate their first wedding anniversary today, the actress' brother Siddharth Chopra posted a lovely greeting for the couple on his Instagram profile, on Sunday afternoon. Siddharth shared a picture collage of Priyanka and Nick on Instagram. The first picture happens to be from Met Gala 2017, where the couple represented designer Ralph Lauren. The second photograph in the collage is from the couple's Christian wedding ceremony, which took place in Jodhpur's Umaid Bhawan Palace on December 1, 2018.

Siddharth Chopra accompanied the collage with an equally adorable caption. He wrote: "One year has come and gone so quickly and so smoothly. Wish you guys a very happy anniversary and many more moments to be made in this wonderful journey together. I love you both and wish you infinite happiness. Happy Anniversary Priyanka Chopra and Nick Jonas. Much love to you both."

One year's come n gone so quickly n so smoothly.. wish you guys a v v happy anniversary and many more moments to be made in this wonderful journey together. I love u both and wish you infinite happiness. Happy Anniversary @priyankachopra & @nickjonas. Much love to u both

Priyanka Chopra was last seen in Shonali Bose's The Sky Is Pink, which also starred Zaira Wasim. The actress' line-up of films includes Netflix' The White Tiger, co-starring Rajkummar Rao. She also has Netflix's superhero film We Can Be Heroes and a film with comedian Mindy Kaling in the pipeline. Priyanka recently dubbed for the Hindi rendition of Disney's Frozen 2, along with her cousin Parineeti Chopra.

On the work front, Nick Jonas will be seen playing the role of World War II gunner Bruno P Gaido in Midway. He will also be seen in Jumanji: The Next Level.