On #MeToo Allegations Against Rajkumar Hirani, Sonam Kapoor Says, 'Support The Movement But Judgment Should Be Reserved On This Subject' 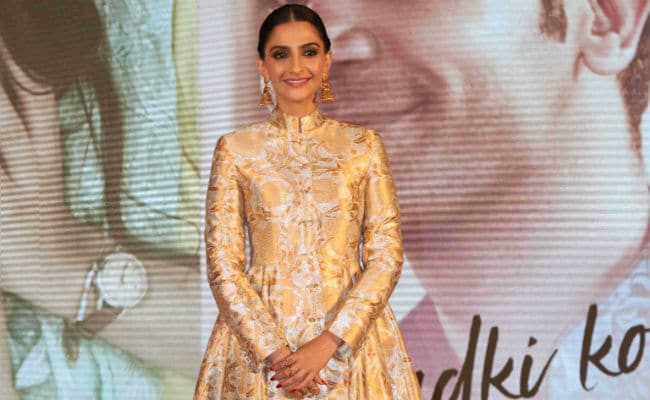 On the Rajkumar Hirani #MeToo controversy, actress Sonam Kapoor said she stands by movement but feels that the "judgement should be reserved," news agency PTI reports. Sonam plays the lead role in Ek Ladki Ko Dekha Toh Aisa Laga, which Rajkumar Hirani was earlier co-producing. However, after he was implicated in a #MeToo account, his name was dropped from the credits. "I am a huge supporter of the #MeToo movement and this is a very important question... This is not the right platform because our film is as important as the movement. I know Raju Hirani very well, I have known him for many years and I have huge respect for him as a filmmaker and as a man. I think we all should reserve judgement and be very responsible before we say anything more on this subject... Because we don't need to derail this movement," Sonam told the press, reports PTI.

Earlier this month, one of the crew members of Rajkumar Hirani's Sanju, alleged that the filmmaker abused her for a period of six months. However, Mr Hirani categorically denied all the allegations against him. Sanju, headlined by Ranbir Kapoor, also starred Sonam Kapoor.

"I always want to believe a woman but suppose by chance, if it is not true, then how bad it will be for the movement, especially if it is somebody like Raju Hirani," Sonam added.

Celebs like Dia Mirza, Arshad Warsi, Sharman Joshi, Boney Kapoor and Javed Akhtar have vouched for Rajkumar Hirani and saying that he is one of the 'most decent people in the film industry.'

In September 2018, after actress Tanushree Dutta named and shamed Nana Patekar for allegedly harassing her on the set of a 2008 film, Sonam was among one of the first actresses to have spoken out in support of her.

"This film is important and it should not become about that. If I have to sit down and talk about it, I can talk about it at length but we need to be careful about the people we accuse and people whose side we take. You have to take side and I don't believe in sitting on the fence so I will take my side when I have to," she concluded.

Meanwhile, when Ek Ladki Ko Dekha Toh Aisa Laga producer Vidhu Vinod Chopra was asked to comment on the controversy surrounding his colleague, he said, "When there is a right time, we will talk about it."

Rajkumar Hirani and Vidhu Vinod Chopra's have collaborated for several films including the Munna Bhai series, PK, 3 Idiots and Sanju.