"I am asked who are the most decent people you met in this industry over almost 5 decades," tweeted Javed Akhtar 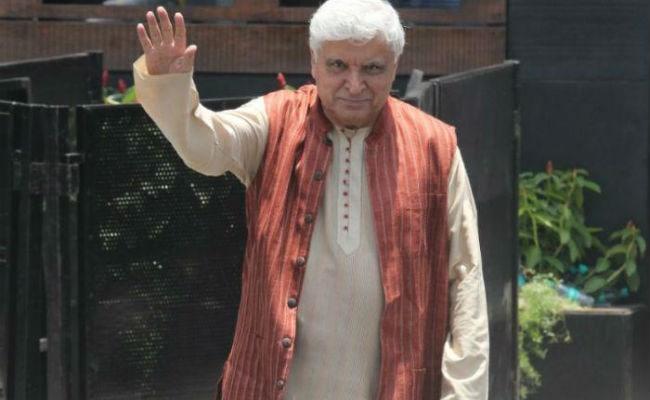 The film industry has been left shaken and stirred by the sexual harassment allegations made against filmmaker Rajkumar Hirani. Several Bollywood personalities including producer Boney Kapoor, actors Arshad Warsi, Dia Mirza and Sharman Joshi have extended their support to the Sanju director and have defended him. The latest addition to the list is veteran lyricist Javed Akhtar. On Wednesday afternoon, Javed Akhtar shared a tweet, in which he addressed Mr Hirani as the "most decent person." Mr Akhtar tweeted: "I had come to the film industry in 1965. After so many years if I am asked who are the most decent people you met in this industry over almost 5 decades, perhaps the first name that will come to my mind is Raju Hirani." Mr Akhtar signed off his tweet with a quote by George Bernard Shaw and added: "It is too dangerous to be too good."

I had come to the film industry in 1965. After so many years if I am asked who are the most decent people you met in this industry over almost 5 decades, perhaps the first name that will come to my mind is RAJU HIRANI. G.B Shaw has said . " it is too dangerous to be too good"

Rajkumar Hirani was implicated in sexual harassment allegations by a co-worker at his production house Rajkumar Hirani Films Private Limited. In her #MeToo account, the unnamed woman revealed that the 56-year-old filmmaker had abused her over a period of six months between March and September 2018, during the filming of Mr Hiran's last directorial project Sanju. She told Huffington Post: "I had no choice but to be polite to him. I was worried that if I left midway, it would be impossible to find another job in this industry if he were to speak badly about my work," the woman said. Because if Hirani said I wasn't good, everybody would listen."

Soon after the report went viral, Mr Hirani issued a statement on Sunday, wherein he denied all the allegations levelled against him. "I was completely shocked when these allegations were brought to my notice about two months back. I had suggested immediately that it is essential to take this matter to any committee or any legal body. The complainant has chosen to go to the media instead. I want to very strongly state that this is a false, malicious and mischievous story being spread with the sole intention of destroying my reputation," read his statement.

Tanushree Dutta's resurrection of a decade-old charge of sexual harassment against actor Nana Patekar triggered the #MeToo movement in India last year, after which several women from the film industry shared their #MeToo stories. Besides Rajkumar Hirani, several other Bollywood personalities like Nana Patekar and Alok Nath, Vikas Bahl, Sajid Khan, Subhash Ghai and poet-lyricist Vairamuthu were called out as sexual predators.

Rajkumar Hirani is best-known for directing films such as the Munna Bhai series, PK, 3 Idiots and Sanju.