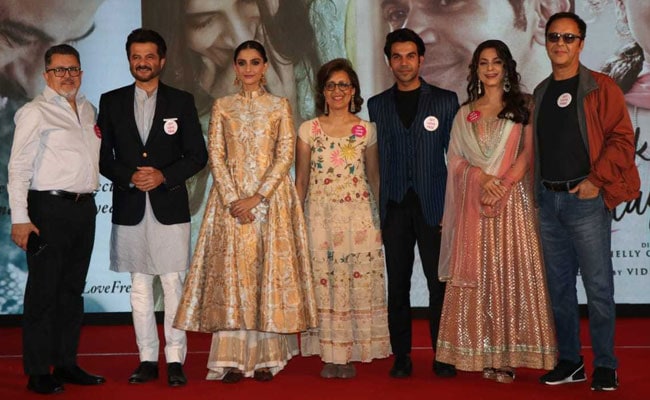 Rajkumar Hirani and Vidhu Vinod Chopra's association dates back to Munna Bhai MBBS, which was the former's debut film as a director and the latter produced it. Mr Chopra has also co-produced blockbusters like PK, 3 Idiots and Sanju, which were helmed by Rajkumar Hirani.

Though Vidhu Vinod Chopra refrained to comment on the accusation of harassment against Rajkumar Hirani, several other Bollywood celebrities including Javed Akhtar, Boney Kapoor, Sharman Joshi, Dia Mirza and Arshad Warsi, who have worked with the filmmaker, extended their support. "I had come to the film industry in 1965. After so many years if I am asked who are the most decent people you met in this industry over almost 5 decades, perhaps the first name that will come to my mind is RAJU HIRANI. G B Shaw has said - 'It is too dangerous to be too good,'" Javed Akhtar tweeted.

Mr Hirani was implicated in sexual harassment allegations in a #MeToo account by a co-worker at his production house Rajkumar Hirani Films Private Limited. In her #MeToo account to HuffPost, the unnamed women alleged that Rajkumar Hirani had abused her over a period of six months, during the shooting of Sanju, his last directorial film. "I had no choice but to be polite to him. I was worried that if I left midway, it would be impossible to find another job in this industry if he were to speak badly about my work," the woman said. Because if Hirani said I wasn't good, everybody would listen," she said.

However, the allegations have been categorically denied by the filmmaker in a statement. "I was completely shocked when these allegations were brought to my notice about two months back. I had suggested immediately that it is essential to take this matter to any committee or any legal body. The complainant has chosen to go to the media instead. I want to very strongly state that this is a false, malicious and mischievous story being spread with the sole intention of destroying my reputation," the filmmaker said in a statement.