On International Women's Day, Amitabh Bachchan Reminds Us That 'Hero' Minus 'Her' Is... 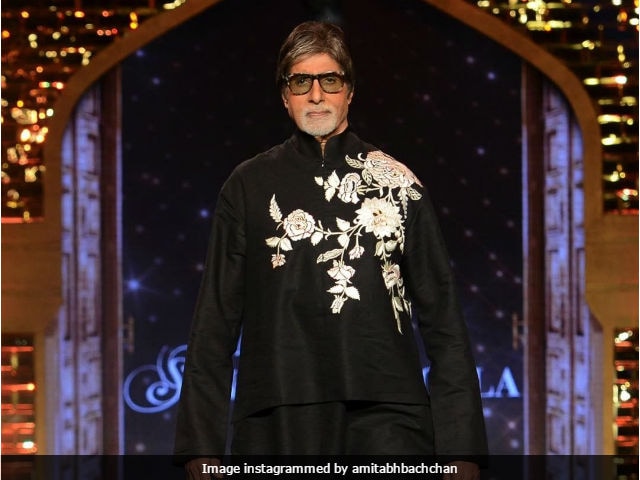 New Delhi: Superstar Amitabh Bachchan posted a thoughtful message on Twitter on the occasion of International Women's Day. The 74-year-old actor shared a collage with pictures of Jaya Bachchan, their daughter, Shweta and a still from his film Kabhi Khushi Kabhie Gham. The image has been captioned: " On International Women Day Without "HER "even "HERO " IS "0"." Today, many Bollywood celebrities like Shah Rukh Khan, Priyanka Chopra, Anushka Sharma, Anil Kapoor and Ajay Devgn sent out their message to celebrate the spirit of womanhood on social media. Shah Rukh Khan, 51, posted a picture of his son AbRam holding a hand of a girl, captioned: "Hold her hand so that she can lead you. Happy Women's Day(sic)." However, actress Kriti Sanon presented a different take on this occasion. The Diwale actress shared a video highlighting the still prevalent discrimination in the society. Her video was captioned: "Here we go again..! #HappyWhatever @ms.takenfashion"

Promoted
Listen to the latest songs, only on JioSaavn.com
Check out Amitabh Bachchan's message on International Women's Day here:

Amitabh Bachchan was last seen in the 2016 movie Pink co-starring Taapsee Pannu, Kirti Kulhari, Angad Bedi and Andrea Tariang. The film, directed by Aniruddha Roy Chowdhury, highlighted a woman's choice of saying 'no'. The movie was highly appreciated by the audience and the critics. Recently, the film's cast was invited for the special screening at the Rashtrapati Bhavan. It was also specially screened for the Rajasthan Police so as to train them to be sensitive and sensible about women's rights and was also invited for a special screening at the United Nations headquarters in New York City.

WHAT AN HONOUR! #Pink with The Honourable President of India and then a dinner hosted by him, sitting right next to him #Unbelievable

The Piku actor will next be seen in Ram Gopal Varma's Sarkar 3 along with Ronit Roy, Jackie Shroff, Manoj Bajpayee, Amit Sadh and Yami Gautam. He will also feature in Thugs Of Hindostan with Aamir Khan.