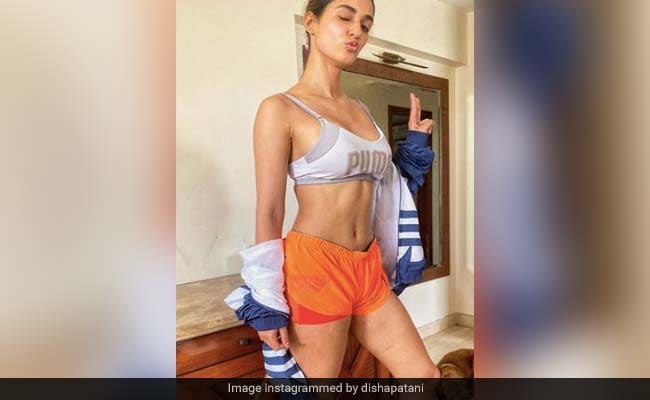 Disha Patani posted a throwback video on her Instagram profile on Monday, in which she can be seen lifting weights. Needless to say, the video impressed Disha's Instafam. That's not it, Tiger Shroff's mother and film producer Ayesha Shroff also left a comment on Disha's post. "Amazing Deeshu," wrote Ayesha Shroff, adding clap and heart emojis. Ayesha Shroff, whose son and actor Tiger Shroff is said to be dating the Bharat actress, frequently posts comments on Disha's pictures and videos. Sharing the video on her profile, Disha Patani wrote: "Throwback to the times when I was strong. 75 kg 1 rep , 2nd set is 80 kg." #throwback to the times when i was strong 75kg 1 rep , 2nd set is 80kg 1 rep full range squa @rajendradhole thanks for the motivation sir

Disha Patani and Tiger Shroff shared screen space for the first time in music video Befikra. They later co-starred in the 2018 film Baaghi 2. Disha featured with Tiger Shroff in the Baaghi 3 song Do You Love Me.

Disha Patani, a former model, made her Bollywood debut in 2015 with sports biopic MS Dhoni: The Untold Story, co-starring late actor Sushant Singh Rajput. She has also featured in films such as Baaghi 2 and Kung Fu Yoga among others.