"Happy Birthday to our fountain of youth," wrote Masaba Gupta 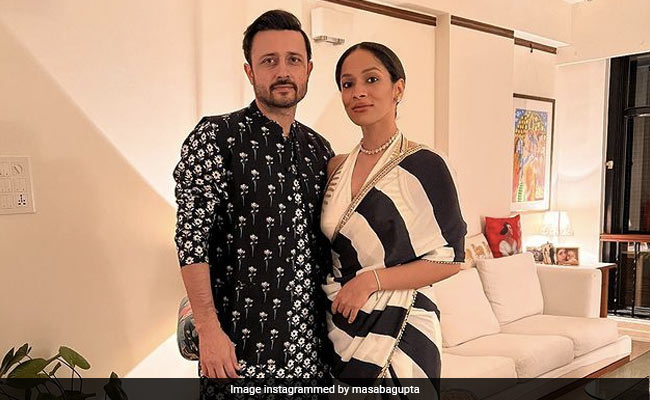 Masaba Gupta posted a set of pictures of the birthday boy and her boyfriend Satyadeep Misra on her Instagram profile on Saturday. Some pictures happen to be solo shots, while other are mushy clicks of the couple together. Masaba accompanied Satyadeep's birthday album with a caption that read: "Happy Birthday to our fountain of youth, asker of questions and most importantly my exit from the sometimes tedious world I belong to. Here are some awfully wonderful photos I've taken of you and/or made you pose for." Reacting to Masaba Gupta's birthday post, the actor dropped a few red heart emojis and he wrote: "Mwaaaah."

Earlier this month, Satyadeep, who tested positive for Covid-19 again, wished Masaba by posting a video on Instagram and he wrote: "Coz it's your birthday. Coz I tested positive (again!) for COVID this morning. Coz I've only seen your face via WhatsApp video all day.Coz I have all the time in the world to figure out how to make a reel, while I self isolate! Happy birthday Masaba Gupta. Have the most amazing year. Loads of love."

Masaba and Satyadeep Misra trended big time after reports of them living together in Goa surfaced last year. The couple went to several vacations together over the last year. This year, they went on a vacation to Mukteshwar and Alibaug.

Satyadeep Misra has starred in films like Ferrari Ki Sawaari, Tigers, Bombay Velvet, Phobia and Love Breakups Zindagi among others. He also featured in both the seasons of the web-series Thinkistan. He was also a part of Masaba Masaba.