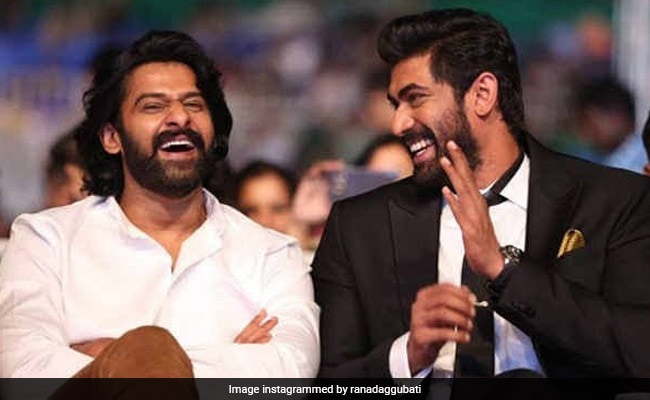 On Prabhas' 40th birthday, his friends, fans and colleagues wished him on social media. The actor's Baahubali co-star Rana Daggubati shared an adorable picture on his Instagram profile and he accompanied it with an equally interesting caption. In his post, Rana referred to Prabhas as "brother" and he wrote: "Happy birthday to you brother. Keep that beautiful soul of yours always smiling. Love you loads." Another equally lovely wish came from actor Ram Charan, who wrote: "Bad boy, wishing you a very happy birthday. Lots of love to you." For the uninitiated, Ram Charan referred to Prabhas as "bad boy," in his post because the actor recently featured in a song called Bad Boy, opposite Jacqueline Fernandez.

Happy Happy to you brother. Keep that beautiful soul of yours always smiling. Love you loads

" BAD BOY " wishing u a very happy birthday!!! Lots of love to u @actorprabhas

Rana Daggubati and Prabhas co-starred in SS Rajamouli's popular two part epic-fantasy series Baahubali. The first film, Baahubali: The Beginning, released in 2015 while Baahubali: The Conclusion hit the theaters in 2017. Rana Daggubati and Prabhas also made an appearance together on Karan Johar's talk show Koffee With Karan 6 last year. The duo were accompanied by the film's director on the show.

Prabhas stepped into the Telugu film industry with the 2002 film Eeshwar. He is best-known for his performances in films such as Raghavendra, Varsham, Chhatrapati, Darling, Yogi, Munna and Ek Niranjan among many others.