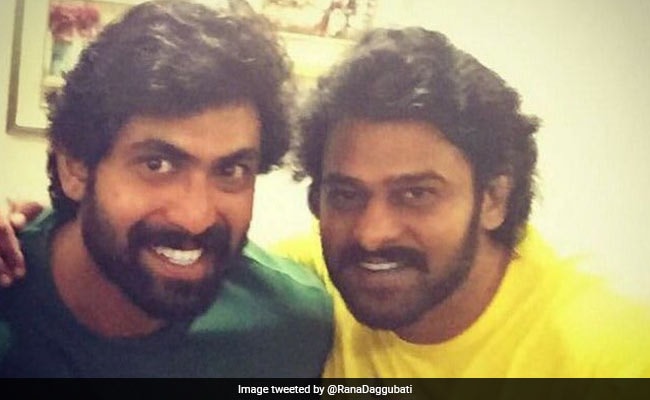 Prabhas' highly-awaited film Saaho opens in theaters today and on this occasion, the actor received a special message form his Baahubali co-star Rana Daggubati. The 34-year-old actor, who played the antagonist Bhallaladeva in SS Rajamouli's Baahubali series, shared a poster of Prabhas from Saaho on his Instagram profile. In the poster, Prabhas could be seen posing with a gun in his hand. "Just fire on, bro," Rana Daggubati captioned the post. As of now, Prabhas hasn't reacted to Rana Daggubati's post but we would love to see the actor's response to it. Rana's post has received over 2 lakh likes on Instagram.

Rana and Prabhas , who co-starred in Baahubali: The Beginning and Baahubali 2: The Conclusion, share a great rapport. On Prabhas' birthday last year, Rana shared a picture of themselves from the sets of Baahubali and he wrote: "Happy Birthday brother." The duo even appeared on Karan Johar's popular talk show Koffee With Karan 6 together along with Baahubali director SS Rajamouli.

Happy happy to you brother

Saaho is Prabhas' first film after the 2017 blockbuster Baahubali 2: The Conclusion.