"Happy, happy to you, brother," Rana Daggubati wrote for Prabhas 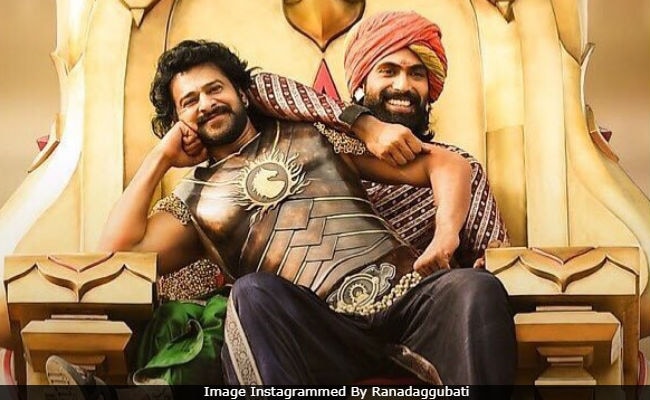 As Prabhas celebrates his 39th birthday today, wishes from his colleagues and fans are flooding social media. One such special birthday wish came from Rana Daggubati, his Baahubali co-star. "Happy, happy to you, brother," Rana captioned his post, which is a photo of them from the sets of Baahubali. Prabhas and Rana Daggubati's picture has got close to 3 lakh likes in just a few hours. The comment thread is also full of birthday wishes for the Baahubali star. "Happy birthday, Prabhas. It's such a lovely picture," read a comment. Meanwhile, October 23 is indeed special for all Prabhas fans. Much to everyone's joy, the actor released a special video series of his upcoming film Saaho, titled Shades Of Saaho (but more on that later).

Happy happy to you brother

The Shades Of Saaho video series gave a glimpse of the shooting schedule in Abu Dhabi. In the 30-day Abu Dhabi schedule, a team of over 400 people shot some action sequences.

Here's the Chapter 1 of Shades Of Saaho. Saaho stars Prabhas opposite Shraddha Kapoor.

Shraddha wished Prabhas with a picture of them with Saaho director Sujeeth.

Happy birthday Prabhas! One of the simplest, humblest, nicest, kindest people I know In the pic with our dynamic and awesome director @sujeethsignpic.twitter.com/DyP25Tl4Ia