On Prabhas' Birthday, A Glimpse Of His Film Saaho

A video shared by team Saaho, shows the highlights of their 30-day Abu Dhabi schedule 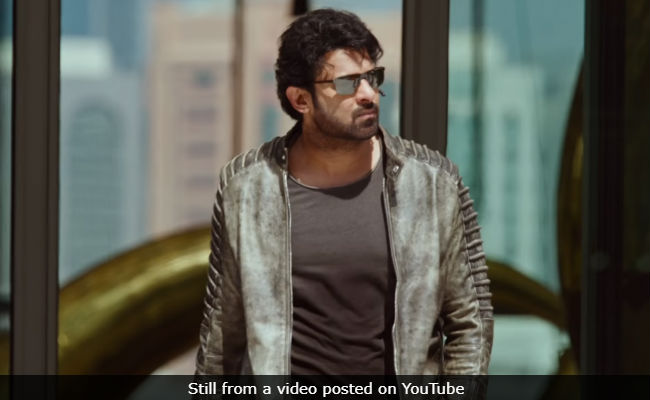 Prabhas on the sets of Saaho. (Image courtesy: YouTube)

On Prabhas' birthday today, team of his upcoming film Saaho had a special treat for fans. The first video from the 'Shades of Saaho' series dropped on the Internet and swiftly took the top spot on trends list. The video features state-of-the-art action sequences which will make the wait for the trailer and the film itself much more difficult. The one-and-a-half minute video shares the highlights of the 30-day Abu Dhabi schedule, where a team of over 400 people, shot some stunning "live action" sequences. We get a glimpse of Shraddha Kapoor kicking goons, top cars exploding and crashing and of course, a very stylish looking Prabhas.

After the team wrapped the Abu Dhabi schedule, Prabhas told media persons that 90 per cent of the film's action is real and not Computer-Generated Imagery (CGI). "We crashed around 37 cars and five trucks. We wanted everything real... as it gives a real impact. Generally, you have 70 per cent CGI and 30 per cent real but over here in Abu Dhabi, we opted for a more real shoot. This will be something that no one has seen before," Khaleej Times quoted Prabhas as saying.

Last year, on Prabhas' birthday the filmmakers released the actor's first look from the film, in which Prabhas, hiding his face with a muffler and wearing an overcoat, could be seen walking on a smoggy street with high-rise buildings in the backdrop.

Saaho is directed by Sujeeth and it is produced by Vamsi. The film features Neil Nitin Mukesh and Mandira Bedi in negative roles. Saaho is being filmed in Hindi and Telugu simultaneously.