Saaho Director Sujeeth Breaks Silence On Criticism: 'As If I Have Committed A Crime'

"I should be enjoying the film's success, but instead I am sick in bed," Sujeeth said in an interview 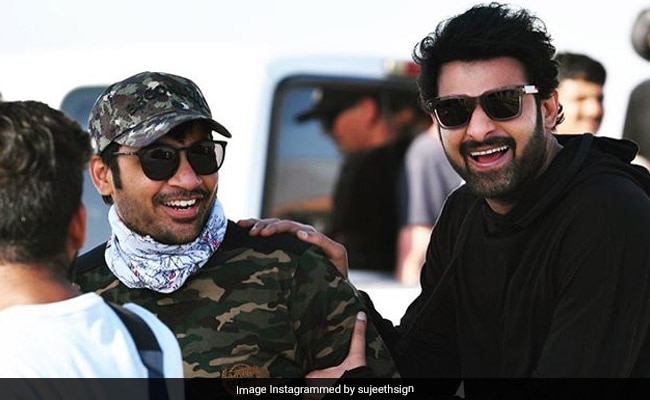 Sujeeth and Prabhas on sets of Saaho (courtesy sujeethsign)

Prabhas' Saaho, when it hit screens last month, failed to live up to the humongous hype that was created ahead of its release. Saaho, which received middling reviews, was widely panned by critics for appearing to have loopholes its story line and direction. Days after Saaho was incinerated by film critics, director Sujeeth opened up about dealing with the negative response and told Deccan Chronicle in an interview: "I made the film that Prabhas sir, my producers, and I believed in. The audiences came in large numbers to watch it, but still, I am being treated as harshly as if I have committed a crime." Sujeeth has also written the script of the action-thriller.

Sujeeth, who was trolled on social media for the end product that Saaho is, added that he avoided the media as he found himself being "targeted": "I am just staying away from the media and public appearances because of all the negativity being thrown at the movie. Love or hate the film. But why target me?" the publication quoted him as saying.

Two-film-old Sujeeth, who is recovering from dengue, said that the only words of encouragement he is getting is from superstar Prabhas and the producers of the movie: "I should be enjoying the film's success, but instead I am sick in bed. Fortunately for me, Prabhas sir and the producers are supporting me. That's the only good thing happening in my life right now. Seeing all the criticism, I decided to keep quiet and still, all these negative things are being said about me."

Saaho has also found itself in the midst of a plagiarism controversy with French director Jerome Salle accusing the makers of copying his film Largo Winch. Ahead of that, actress Lisa Ray alleged them of plagiarising illustrator Shilo Shiv Suleman's work for a poster.

In his review for NDTV, film critic Saibal Chatterjee described Saaho in these words: "Story: all over the place. Screenplay: maddeningly muddled. Execution: strictly by the numbers. Outcome: appallingly atrocious. In short, the sum total of Saaho, reportedly made on a Rs 350-crore budget, is zilch."

Saaho indeed put up a decent performance at the box office which however is not in parity with Prabhas' star-power as was seen in the case of Baahubali films. Reportedly made on a budget of Rs 350 crore, Saaho has made somewhat over Rs 400 crore worldwide in 10 days, with the Hindi version of the film contributing Rs 130 crore.