"Some filmmaker from Gujarat or West Bengal can make a film which will beat everything we have," said Prabhas 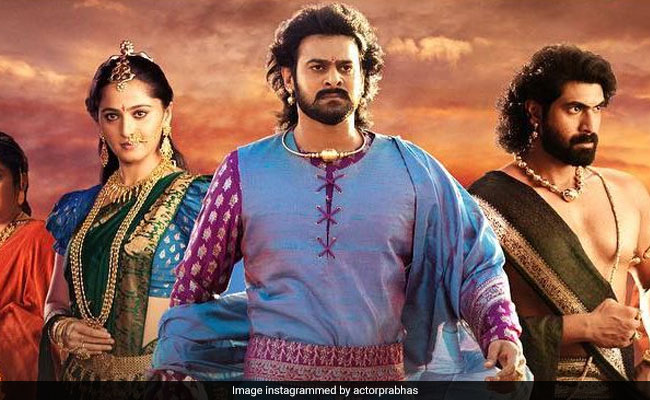 Prabhas, who is busy with the promotional duties of his forthcoming film Saaho interacted the media at an event, where he said that the record of Baahubali 2: The Conclusion can be broken on any Friday, reports news agency PTI. Citing the example of Yash's Kannada film KGF, Prabhas said that regional films can also emerge as blockbusters and break the records of his films. "That record is going to change any Friday. The record is just a start, not the end. Some filmmaker from Gujarat or West Bengal can make a film which will beat everything we have. A Kannada film KGF came and did good business too," PTI quoted Prabhas as saying.

Citing the example of Salman Khan's Bajrangi Bhaijaan, Parbhas talked about how the audience is drifting towards films with good content-driven films and added, "Salman Khan is an action hero who did Wanted and Dabangg but he even did a Bajrangi Bhaijaan, where he didn't fight and it was a blockbuster. The story should be intriguing and that's it. The audience today will accept a good story."

During the media interaction, Prabhas said that it is a good time for regional cinemas and told PTI: "Now every director knows he or she can make a film and release it around the country. If the film is good, it'll work. There is such great cinema being made across the states and it's a good time for everyone."

Prabhas will next be seen in Saaho, co-starring Shraddha Kapoor, which will open in theaters on Friday. The film has been directed by Sujeeth and it will release in Telugu, Tamil and Hindi.