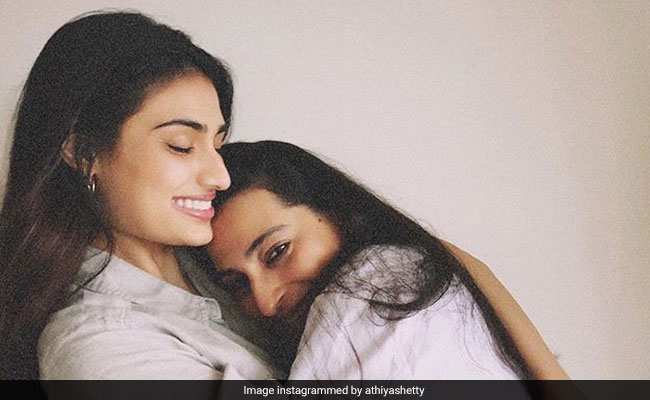 Bollywood actress Athiya Shetty's latest Instagram entry is trending big time on social media. The reason? Well, Athiya's rumoured boyfriend and cricketer KL Rahul commented on the actress' post. On Saturday, the actress posted a stunning picture of herself along with her mother Mana Shetty on the latter's birthday, on the photograph sharing application. In the picture, the mother-daughter duo, twinning in white outfits, can be seen smiling with all their hearts. "No words could ever do justice...happy birthday to my whole. I love you, mama," Athiya captioned the post. In the comments section, Athiya's rumoured boyfriend KL Rahul dropped a heart emoticon.

no words could ever do justice...happy birthday to my whole . i love you, mama. 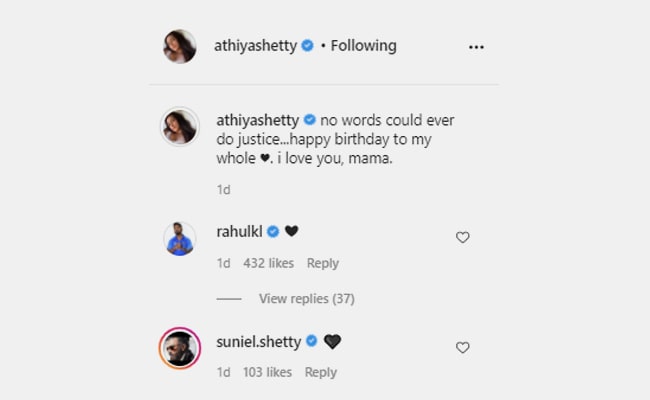 On the cricketer's birthday in April this year, Athiya posted a happy selfie on her Instagram profile and she captioned the post: "Happy birthday, my person." ICYMI, check out the post here:

Rumours of Athiya and KL Rahul's alleged relationship surfaced last year, after the cricketer posted an adorable birthday wish for her on social media. Earlier this year, the cricketer posted a picture of himself along with Athiya, which went insanely viral. KL Rahul made a reference to Suniel Shetty's film Hera Pheri in the caption. The cricketer wrote: "Hello, Devi Prasad?" and the actor dropped several ROFL emoticons in the comments section.