Take a look at the KL Rahul's birthday post for Athiya Shetty and her reaction to it. 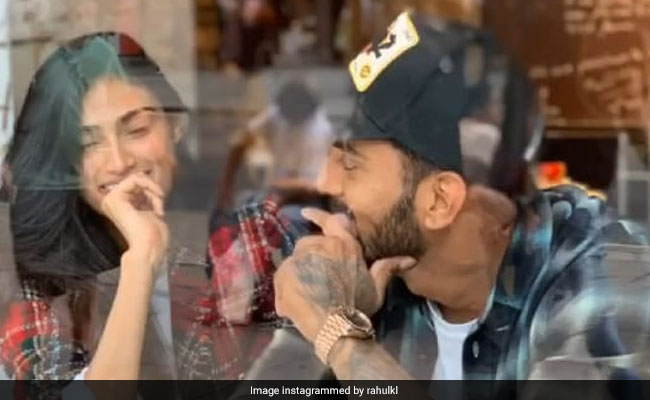 Actress Athiya Shetty and cricketer KL Rahul, who are rumoured to be dating, found a permanent spot on the trends' list on Wednesday for an adorable exchange on social media. KL Rahul, who is reportedly seeing Athiya Shetty, made the actress' birthday extra special with an Instagram story, in which she shared a photo of them together along with a simple 'happy birthday' message and a monkey sticker. Athiya re-shared it on her feed and dropped hearts on it, which was enough to spark speculation about a supposed confirmation of their rumoured couple status. The photo shared by KL Rahul is a candid shot of the two, in which he can be seen admiring Athiya as she smiles away.

Take a look at the 27-year-old cricketer's post for Athiya Shetty and her reaction to it. 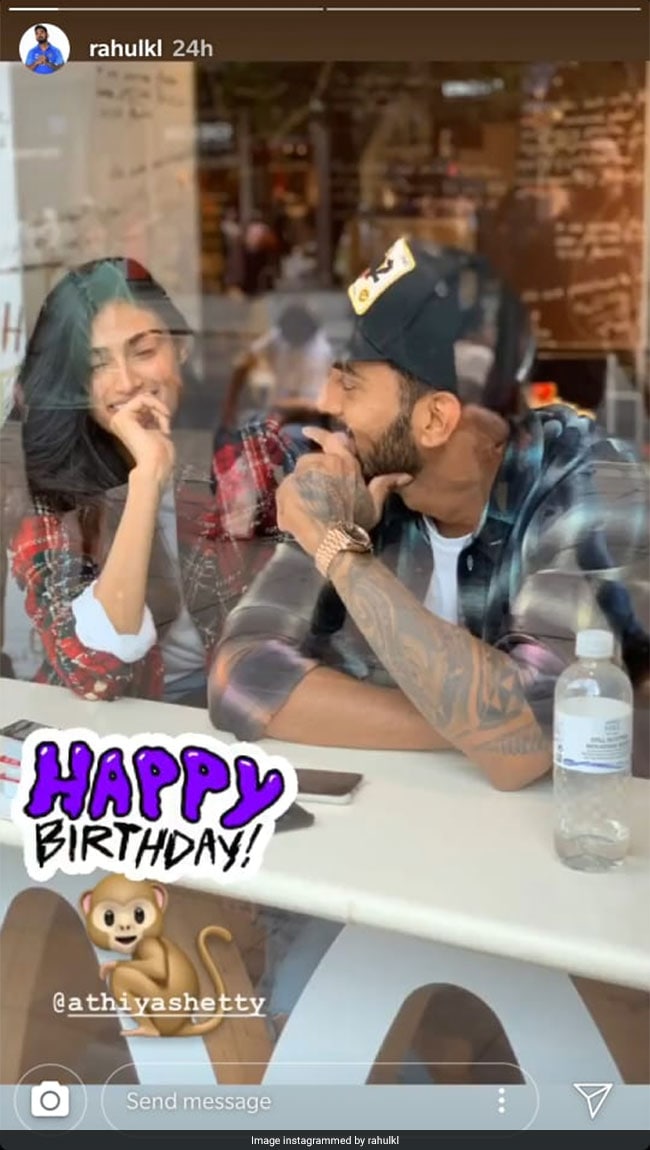 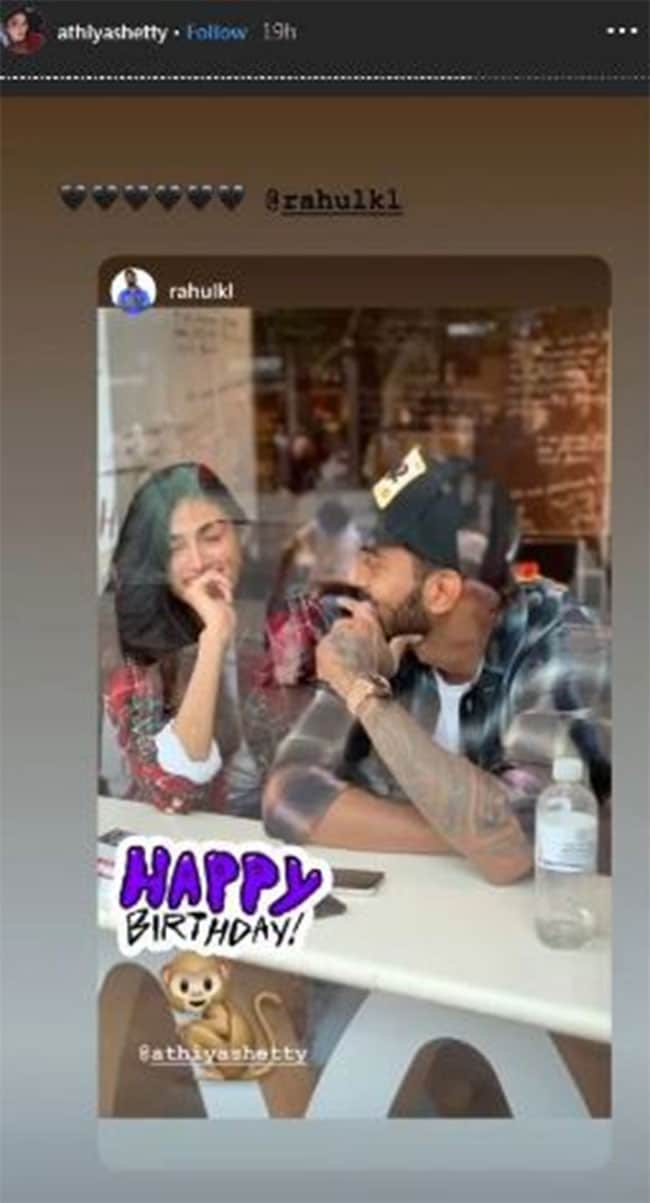 Earlier this year, gossip columns filled up with reports of Athiya and KL Rahul's speculated dating life when a BollywoodLife piece stated that the duo apparently began seeing each other since February this year. "Rahul and Athiya have been going around with each other. They started dating since a little before February, this year. And things are quite serious," a source had exclusively told BollywoodLife.

Athiya Shetty, daughter of Mana and Suniel Shetty, made her Bollywood debut with 2015 film Hero, co-starring Sooraj Pancholi, which tanked at the box office. She also featured in Mubarakan and will next be seen in Motichoor Chaknachoor with Nawazuddin Siddiqui.