Earlier, KL Rahul was romantically linked to Akansha Ranjan Kapoor, who is among Athiya's close friends. 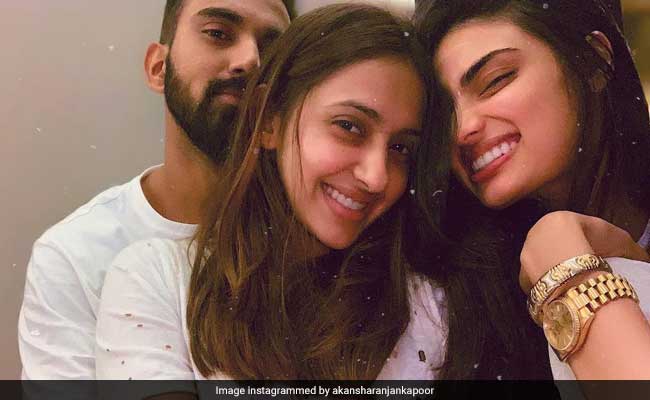 Actress Athiya Shetty and cricketer KL Rahul are topping list of trends after reports of their alleged relationship filled several gossip columns. A BollywoodLife report stated that Athiya and KL Rahul started dating around February this year and 'things are quite serious.' Athiya, daughter of Mana and Suniel Shetty, have declined to comment on her relationship status while KL Rahul was unavailable for comment as he is currently with team India playing ICC Cricket World Cup in England. The cricketer's spokesperson also refused to comment on the rumours. However, a source told BollywoodLIfe: "Rahul and Athiya have been going around with each other. They started dating since a little before February, this year. And things are quite serious."

Athiya Shetty, who debuted in Bollywood with 2015 film Hero, has also featured in Mubarakan while she's filming Motichoor Chaknachoor.

Before Athiya Shetty, KL Rahul was romantically linked to actress Sonal Chauhan, who dismissed the gossip and told Bollywood Bubble: "No, not at all. He is a very good cricketer, talented and nice guy." Before that the 27-year-old cricketer was rumoured to be dating Munna Michael actress Nidhhi Agerwal, who later denied the reports in several interviews.

KL Rahul was also romantically linked to Akansha Ranjan Kapoor, who is among Athiya's close friends. She posted this picture of herself with KL Rahul and Athiya Shetty on Instagram in April.

Earlier this year, KL Rahul along with Hardik Pandya featured in headlines after their appearance on filmmaker Karan Johar's show Koffee With Karan did not go down well with the Internet for their sexist and derogatory comments. Both players were initially banned by Board of Control for Cricket in India or the BCCI but the ban was later revoked.