No, Sonal Chauhan Is Not Dating Cricketer KL Rahul. Here's What She Said 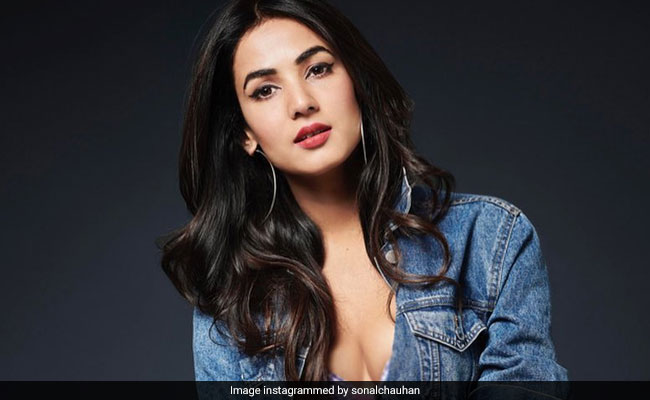 Actress Sonal Chauhan, best-known for her roles in Jannat and 3G, refuted gossip column headlines which claimed that she's currently dating cricketer KL Rahul. When Bollywood Bubble asked Sonal if she's dating KL Rahul, the actress said: "No, not at all. He is a very good cricketer, talented and nice guy." Apart from Sonal Chauhan, the 27-year-old cricketer has been romantically linked to Bollywood actress Nidhhi Agerwal (Munna Michael) and before that to Akansha Ranjan Kapoor, who featured in the music video of Tere Do Naina opposite Aparshakti Khurana. However, Akansha and Nidhhi also refuted reports their respective dating lives in several interviews.

Sonal Chauhan debuted in 2008 film Jannat and in the same year, she also made her Telugu film debut with Rainbow. She has featured in Bollywood films such as Bbuddah... Hoga Terra Baap, 3G, Paltan and Jack and Dil. In south, she has starred in Telugu films Size Zero, Legend and Sher and in Cheluveye Ninne Nodalu and Inji Iduppazhagi, in Kannada and Tamil, respectively.

Meanwhile, KL Rahul is currently in England with team India participating in the ongoing ICC Cricket World Cup. Earlier this year, KL Rahul along with Hardik Pandya featured in headlines after their appearance on filmmaker Karan Johar's show Koffee With Karan did not go down well with the Internet for their sexist and derogatory comments.

Both players were initially banned by Board of Control for Cricket in India or the BCCI but the ban was later revoked.