On Alia Bhatt's Berlin Pics, This Is What Neetu Kapoor Commented 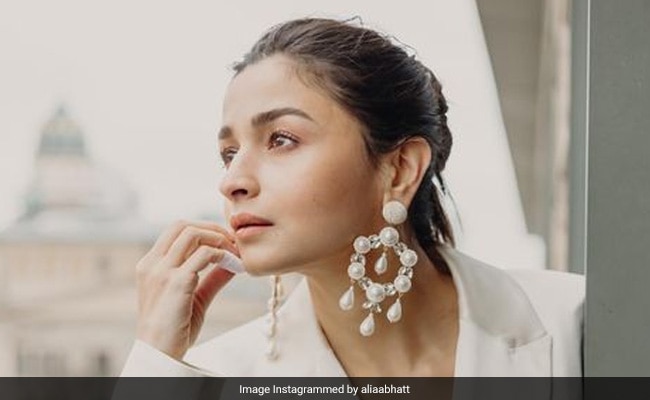 On Wednesday, Alia Bhatt shared new pictures from Berlin, on her Instagram handle. The actress is currently in Berlin for the world premiere of her movie Gangubai Kathiawadi at the 72nd Berlin International Film Festival, or, Berlinale 2022. Sharing the post, Alia wrote: "Berlin Day 2," along with a white heart emoji. In the photos, Alia looks stunning in a white outfit. She styled her look along with a pair of matching pearl earrings. Reacting to the post, late actor Rishi Kapoor's wife and Ranbir's mother Neetu Kapoor dropped fire emojis. Rakulpreet Singh also dropped fire emoji's in the comments section.

The storyline of Gangubai Kathiawadi revolves around a real-life sex worker (Alia Bhatt) who rose to political power and prominence in Kamathipura, the red light district in Mumbai. The film is an adaptation of Hussain Zaidi's book Mafia Queens of Mumbai. The film is about the journey of Gangubai, who is the head of a brothel and a political leader of Kamathipura. Ajay Devgn features as real-life mafia don Karim Lala.

Alia Bhatt is gearing for her next release Gangubai Kathiawadi which features Ajay Devgn. Sanjay Leela Bhansali's directorial Gangubai Kathiawadi will be released in theatres on February 25, 2021. The trailer of the film has already been released. Recently, the makers also came out with two tracks from the film Dholida and Jab Saiyaan.