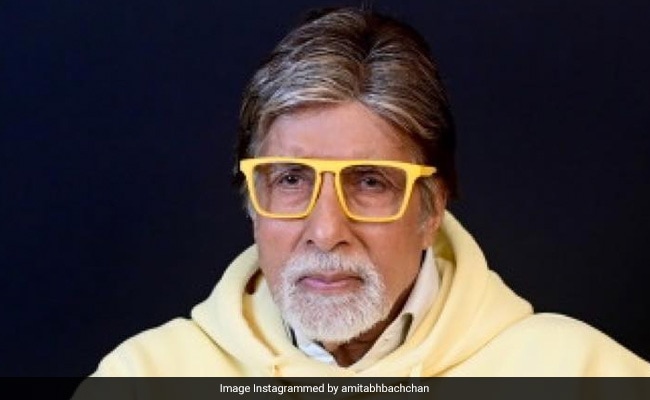 Amitabh Bachchan's posts keep us not only entertained but also motivated. How? Big B does it effortlessly by sharing his learnings from life. The actor speaks from years of experience. Recently, he posted a photo where he is walking through a door. Taking a cue from a word painted on the door, he wrote, "You need to push a door if it does not open...And, enter." His granddaughter Navya Nanda Naveli commented with a raised-hand icon.

Also, Amitabh Bachchan's unique choice of colourful eyeglasses leaves us baffled most of the time. The actor is seen in red-frame glasses in one of his Instagram posts. The caption read, "Work work work... routine be the need... brings you back... dubbing for upcoming film... tough... but when was it ever easy?"

In another post, Amitabh Bachchan is slaying the cool and casual look in a blue hoodie, track pants and a blue cap. The actor's dark-hued eyeglasses aren't the showstoppers this time. Instead, we paid attention to his caption and the print on his hoodie that read, "City Fog." Big B wrote, "Yup...You're damn right...No fog in the city...Mumbai is in the bright...Just brighten us all to be devoid of the void of this Covoid... err... you know what I mean."

Amitabh Bachchan's quirky captions, coupled with his cool looks, can steal our hearts any day. In his lineup of projects, he has Nagraj Manjule's Jhund, Ayan Mukerji's Brahmastra and Sooraj R. Barjatya's Uunchai, among other films.