Nushrat Bharucha In And Ayushmann Khurrana As Dream Girl. So He Says

Ayushmann Khurrana's Dream Girl will be directed by Raaj Shaandilyaa 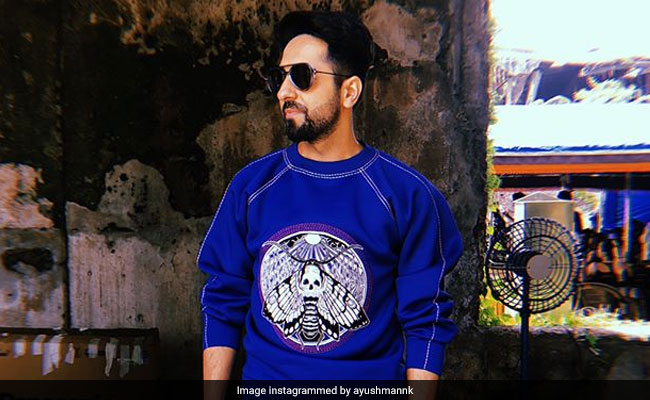 Ayushmann Khurrana, who is basking in the success of two back-to-back hits, announced his next project with Nushrat Bharucha in an unconventional way. On Friday, the 34-year-old actor posted a video of himself on social media, where he can be seen brainstorming with a team about his next film. The video features a perplexed Ayushmann Khurrana trying to zero in on his next film but none of the script ideas impress him. So, did Ayushmann find his next dream project at the end? Yes, he did and that film is Dream Girl. "Of every possible role, this one I'd be honest, would have never crossed my mind! But here I am, to play a role in and as Dream Girl," Ayushmann captioned the video. Now that sounds pretty intriguing, isn't it?

Of every possible role, this one, I'd be honest, would have never crossed my mind! But here I am, to play a role in and as #DreamGirl. @ektaravikapoor @writerraj @nushratbharucha @ruchikaakapoor

Directed by Raaj Shaandilyaa, Ekta Kapoor produces Dream Girl. Ekta Kapoor also tweeted about the new project and wrote: "You wouldn't have thought of this even in your wildest 'Dreams'. Presenting Ayushmann Khurrana in and as Dream Girl.

You wouldn't have thought of this even in your wildest 'Dreams'.
Presenting Ayushmann Khurrana in and as 'DreamGirl'. https://t.co/Q1a5UN9gmL
Milne jaroor aana ;) #DreamGirl@ayushmannk@NushratBharucha@RuchikaaKapoor@writerraj@Balajimotionpic

Nushrat Bharucha, who is collaborating with Ayushmann Khurrana for the first time, in an earlier interview to news agency ANI said: "After working with Ekta in the past, this is a homecoming of sorts for me. I am excited to work with Ayushmann for this comedy entertainer. Interestingly, this year has been favourable for strong content-driven films; and this film will, hopefully, continue this tide."

Ayushmann Khurrana recently featured inBadhaai Ho and AndhaDhun, both of which opened to much critical acclaim. Badhaai Hoalso made over Rs 200 crore at the global box office. Speaking about his films exceptional response at the box office, Ayushmann told IANS: "It's a great validation and it's a great boost to my confidence as far as choosing the scripts is concerned. It gives me more confidence that my script selection is right. I've always made my own decisions and selected a script on my own conviction."

The release date of Dream Girl is yet to be announced.