Not A Heart Of Stone After All. Alia Bhatt's Co-Star Gal Gadot Wished Her On Wedding Like This

ICYMI, this is how Alia Bhatt's co-star Gal Gadot wished her 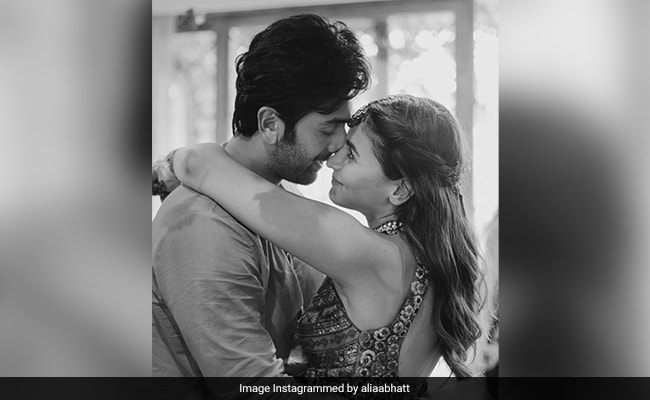 After Alia Bhatt shared picture-perfect moments from her and husband Ranbir Kapoor's mehendi ceremony, the comments section of her post was filled with congratulatory messages. One such remark arrived from Alia Bhatt's Heart Of Stone co-star Gal Gadot. Alia Bhatt is all set to make her big Hollywood debut in a film titled Heart Of Stone. The film stars Gal Gadot and Jamie Dorna. The international spy thriller will be directed by Tom Harper and it will be backed by Netflix and Skydance. Alia will soon begin shooting for the project. Last week, the actress was busy with her wedding festivities. She married Brahmastra co-star Ranbir Kapoor on Thursday. 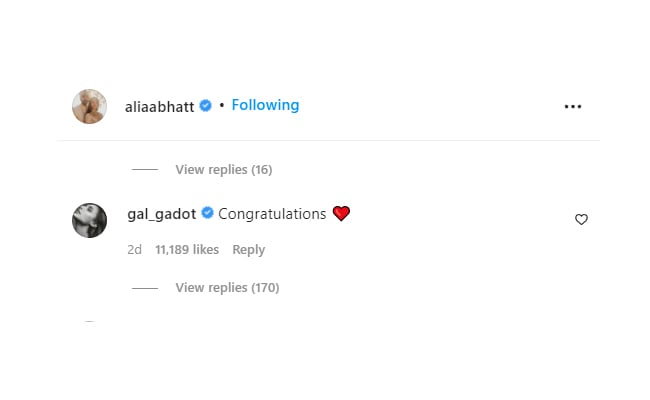 Sharing pictures from her mehendi, Alia Bhatt wrote: "The mehendi was like something out of a dream. It was a day full of love, family, our beautiful best friends, a lot of French fries, a surprise performance by the ladkewalas, Ayan playing DJ, a BIG surprise organised by Mr Kapoor (my favourite artist performed my favourite songs), all followed by some happy tears and quiet, blissful moments with the love of my life. There are days... and then there are days like these."

Here are the pictures from the wedding:

In terms of work, Alia Bhatt has a super busy schedule ahead. The actress had two back-to-back releases this year - SS Rajamouli's RRR and Sanjay Leela Bhansali's Gangubai Kathiawadi. She will next star in Darlings, which she is co-producing with Shah Rukh Khan. She will also be seen in Farhan Akhtar's Jee Le Zaraa with Priyanka Chopra and Katrina Kaif and Karan Johar's Rocky Aur Rani Ki Prem Kahani with Ranveer Singh. Her line-up of films also includes Ayan Mukerji's Brahmastra with husband Ranbir Kapoor.