Nora Fatehi said, "Everyone will not like the same genre or style of music, right?" 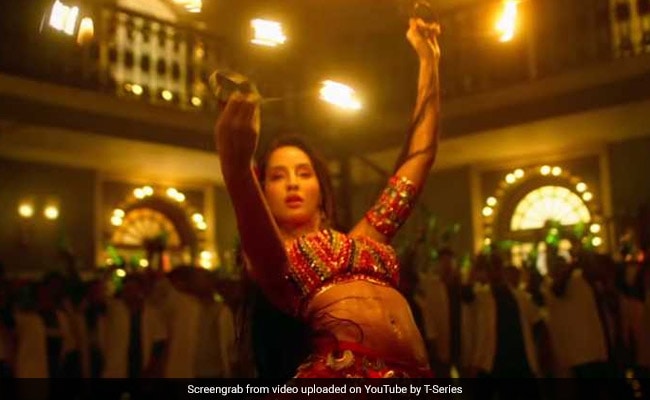 Nora Fatehi, who danced to O Saki Saki redux for Batla House, did not take Koena Mitra's tweet criticising the remixed version of the song to her heart. Koena, who danced to the OG track from Musafir, earlier this week tweeted that the new song was 'a mess' but she was all praises for Nora. When Mumbai Mirror asked Nora about the tweet, she said, "I don't think it's really criticism. Everyone will not like the same genre or style of music, right? Personally, I set a benchmark with Dilbar and I have to work towards surpassing it. After that, it's for the audience to decide if they like you or not."

Soon after O Saki Saki redux dropped on the Internet, Koena tweeted, "My song from Musafir Saki Saki has been recreated. Sunidhi, Suhwinder, Vishal, Shekhar combination was outstanding. Didn't like the new version, it's a mess! This song had crashed many blockbusters! Why Batla House, why? PS: Nora is a stunner. Hope she saves our pride."

My song from Musafir #Saaki Saaki" has been recreated.
Sunidhi, Suhwinder, Vishal, Shekhar combination was outstanding. Didn't like the new version, it's a mess! This song had crashed many blockbusters! Why batlahouse, why?
P. S: Nora is a stunner. Hope she saves our pride.

Singer Tulsi Kumar, who sang the new version for Batla House, also echoed Nora Fatehi and told news agency IANS, "As for criticism, I would say that every person can have a view. A lot of people are giving it a lot of love, looking at the bright side. Some are not liking it but that's their personal choice."

O Saki Saki redux has been recreated by Tanishk Bagchi, who is also credited with reviving tracks such as Tamma Tamma, Aankh Maarey, Tu Cheez Badi and Hawa Hawai 2.0, among others.