Koena, who featured in the original Saaki Saaki song, didn't like the reprised version 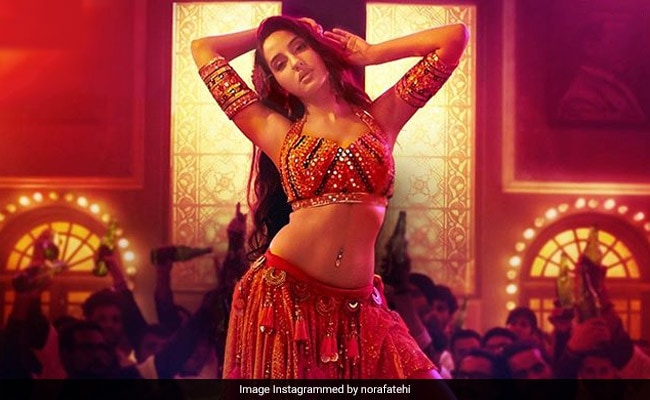 Finally! The much awaited song from John Abraham's Batla House, O Saki Saki dropped on the Internet on Monday and we bet you will become a fan of Nora Fatehi's dancing after watching the video. It wouldn't be wrong to say that Nora Fatehi rocked the dance floor with her amazing belly dancing in the in the reprised version of the hit number Saaki Saaki from the 2004 film Musafir. The 2 minutes 15 seconds video starts with Nora entering a dance bar and showcasing her talent of playing with fire. It continues with her redefining the signature step of Saaki Saaki. Clips of John Abraham fighting the goons on duty are also shown in between.

The new version is sung by Neha Kakkar, Tulsi Kumar and composed by Tanishk Bagchi. The lyrics and music have been reworked, as a result, only few lines from the original have been retained. The original track featured Sanjay Dutt with Koena Mitra but more on that later.

The original song from Musafir featured Sanjay Dutt shaking a leg with Koena. It was Koena's belly dance, which added many names to her list of fans. However, after watching the trailer of the reprised version of her song recently, Koena called it a "mess" and said she "didn't like" the new version. But Koena praised Nora for her amazing performance. "My song from Musafir, Saaki Saaki, has been recreated. Sunidhi, Suhwinder, Vishal, Shekhar combination was outstanding. Didn't like the new version, it's a mess! This song had crashed many blockbusters! Why Batla House, why? P. S: Nora is a stunner. Hope she saves our pride." Koena tweeted on July 13.

Take a look at the original version of the song from Musafir:

My song from Musafir #Saaki Saaki" has been recreated.
Sunidhi, Suhwinder, Vishal, Shekhar combination was outstanding. Didn't like the new version, it's a mess! This song had crashed many blockbusters! Why batlahouse, why?
P. S: Nora is a stunner. Hope she saves our pride.

Batla House is based on the controversial Batla House encounter of 2008. The film features John Abraham playing the role of decorated cop Sanjeev Kumar Yadav. Directed by Nikkhil Advani, Batla House releases on August 15 this year, when it will have a box office collision with Akshay Kumar's Mission Mangal. John Abraham co-stars with Mrunal Thakur in the movie.